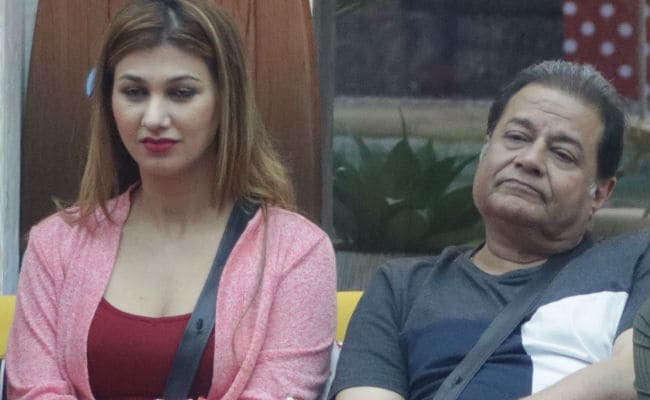 Singer Anup Jalota entered Bigg Boss 12 with his 28-year-old girlfriend Jasleen Matharu and them declaring their relationship status on national television has not gone down well with Jasleen's family. Speaking to Aaj Tak, Jasleen's father Kesar Matharu said that the family was shocked when they learnt about the truth of their relationship and added, "I will never give my approval to this relationship. I will not give my blessings to them, and I would rather keep my distance from this." Mr Matharu told Aaj Tak that he introduced Jasleen to Anup Jalota three or four years ago so that the 65-year-old singer could help her improve her singing skill. Mr Matharu added that the family never got the "sense (that) something (was) cooking between them." He said: "I was told they were entering as guru-shishya jodi. She never told me about this. When they made the announcement, my entire family couldn't believe their eyes. We all got very angry." 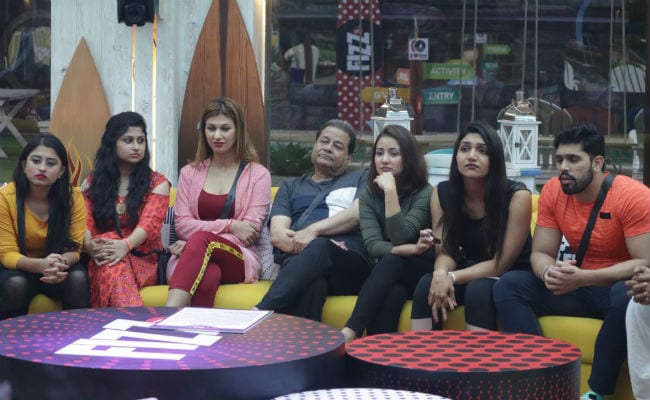 Anup Jalota and Jasleen Matharu with the other contestants of Bigg Boss 12.

Anup Jalota and Jasleen confirmed they are in a relationship while speaking to Bigg Boss 12 host Salman Khan on the premiere night. On their second day inside Bigg Boss' house, during the first task (BB Press Conference), Anup Jalota and Jasleen's relationship came under scrutiny as the housemates wanted to know in black and white if they were dating. Contestant Shivashish Mishra asked them, "Are you dating or are you in a live-in relationship?" to which Jasleen replied, "Bigg Boss is not a dating show." She concluded by saying that they are "both important for each other."

Before entering Bigg Boss' house, Jasleen told Times Of India: "This is going to come as a huge shock to my parents and friends as no one is aware of my relationship with Anup Jalota. We have been dating each other for the last three and a half years."

Meanwhile, Kesar Matharu refused to go to Bigg Boss 12 as a guest as long as Anup Jalota is on the show. Mr Matharu sent a message for Anupa Jalota and Jasleen via Aaj Tak: "They should concentrate on improving their image. They have made a mistake and now the only thing they can do is to play a fair game so that public gets a good message."

Anup Jalota and Jasleen Matharu are safe from this week's eviction as of now.