Read inOther Languages
This Article is From Sep 19, 2018

Bigg Boss 12: The first nomination process of the season intensified the competition in the house 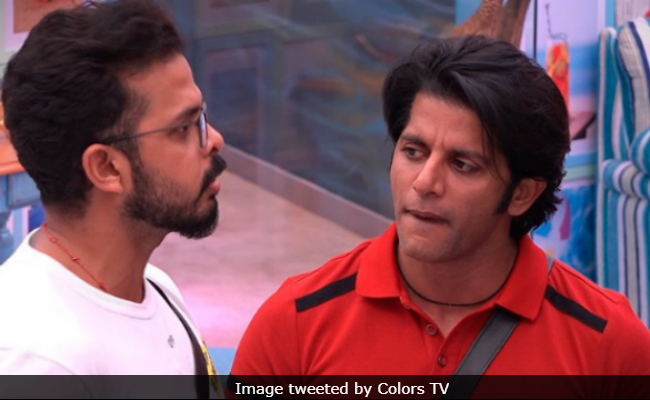 On the third day of Bigg Boss, the housemates woke up to the song Raita Phail Gaya, which pretty much summed up the situation of the house. The first nomination process of the season took place, wherein the jodis had to unanimously nominate the single contestants and vice versa. Prior to the nominations, Bigg Boss reminded the contestants of the cancellation of 'BB Press Conference' task as a consequence of which, none of the contestants were safe from eviction. The first jodi to be nominated for elimination included Kriti Verma and Roshmi Banik. Another jodis to be nominated were the Khan sisters (Saba and Somi Khan), Shivashish Mishra and Souarbh Patel. Among the single contestants, Dipika Kakar Ibrahim and Srishty Rode were nominated for eviction. After the nominations, Dipika, Nehha Pendse and Romil were seen discussing the results of the nominations. Kriti, who wasn't very happy on being nominated got slightly emotional.

Apart from the nominations, the housemates were occupied with constant disagreements. After getting annoyed with Somi Khan, Sreesanth took off his mic and even requested Bigg Boss to take him out of the house. However, Sreesanth's anger got pacified after Karanvir Bohra and Dipika intervened and convinced the former cricketer to wear his mic. Dipika told Sreesanth that the use of the word "upbringing" seemed a little condescending and that he shouldn't have used it. Sreesanth realized his mistake and decided to apologise to Somi.

In another segment of the show, Gangs Of Wasseypur singer Deepak Thakur entertained the housemates with his goofy humour. He even composed a special song with perky lyrics and compared the fights taking place in the hose to the Battle of Panipat. The housemates couldn't stop laughing after hearing Deepak's jokes.

#DeepakThakur is entertaining everyone with his unique andaaz and surili awaaz! Tune in tonight at 9 PM for all the fun. #BB12#BiggBoss12pic.twitter.com/Qmgc254oNA

In tomorrow's episode S Sreesanth and Shivashish Mishra will be seen breaking into a fight. Watch this space for updates on Bigg Boss 12.