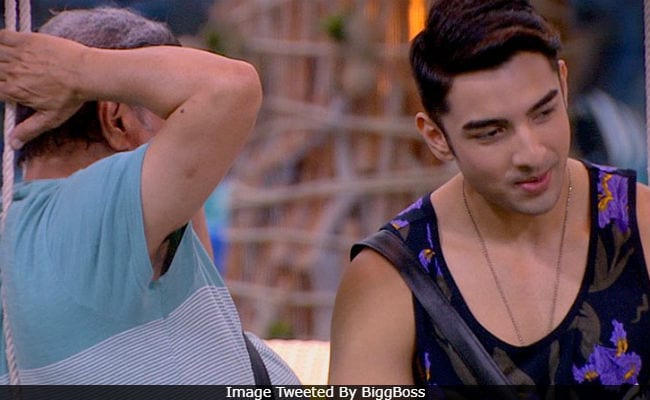 The Bigg Boss 12 house on Monday welcomed two new contestants to the show. Rohit Suchanti was the first wildcard contestant to enter, much to the shock/surprise of the others. After Rohit's entry, the house got divided into two groups while one of them interacted with the new housemate, the others, including Sreesanth, chose not to. Next morning, the nomination process started and Bigg Boss announced that this time, it would be different. Anup Jalota, Deepak Thakur and Romil Chaudhary were the first three contestants to start the process. Unanimously, the contestants had to decide who among the three of them should get nominated on the basis of the some factors, including entertainment. The process was supervised by an anonymous celebrity guest.

Anup Jalota was the first contestant to get nominated. Surbhi Rana was nominated between Urvashi Vani and Saba Khan. Later, Shrishty Rode and Saba Khan were also nominated.

After the nomination process got over, an open fight took over between Surbhi and Sreesanth and Saba and Karanvir Bohra. Surbhi accused Sreesanth for not standing up for the good while Saba said that Karanvir also followed the former cricketer's footsteps. Saba and Somi both fought with Karanvir which agitated him.

Later in the evening, Bigg Boss Marathi winner Megha Dhade entered the house, which left the contestants confused. Interestingly, Bigg Boss later revealed that she was the one who secretly judged the nomination process. Megha interacted with the contestants and encouraged them to stand for their right and position. She also explained her strategy for the nominations.

Watch this episode for more updates on Bigg Boss 12.