Bigg Boss 11: Dhinchak Pooja will enter the house as a wildcard contestant 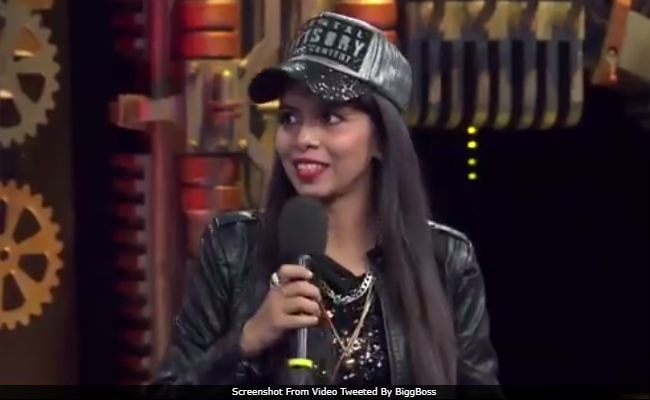 Bigg Boss 11: Dhinchak Pooja in a still from the show (Image courtesy: BiggBoss)

Promoted
Listen to the latest songs, only on JioSaavn.com
The Saturday's episode of Bigg Boss 11 was quite interesting, courtesy Hina and Arshi Khan's dangal in the Sultani Akhadha. Also, the task to rank each other from 1 to 10 on the basis of entertainment, popularity and their contribution inside the house, which ultimately was finalised by Salman Khan.

Members of the Colors parivaar meet the #BB11 parivaar in tonight's super fun episode of #WeekendKaVaar at 9 PM. #BBSneakPeekpic.twitter.com/7aZdBGg3Iq

Apart from Dhinchak Pooja, ex-contestant Priyank Sharma, who was ousted for pushing another housemate Akash Dadlani, is also a wildcard contestant. Priyank is also expected to enter the Bigg Boss 11 house soon. Bigg Boss 11 is currently hosting 14 contestants, including celebs, non-celebs and the padosis.Tonight, among seven nominated contestants, one will be voted out. Earlier, Zubair Khan took an exit from the show over health issues while SsHivani Durga got eliminated last week. Lucinda Nicholas, was evicted by the contestants earlier this week. Salman Khan features every weekend in a special segment Weekend Ka Vaar.
Comments
bigg boss 11Television