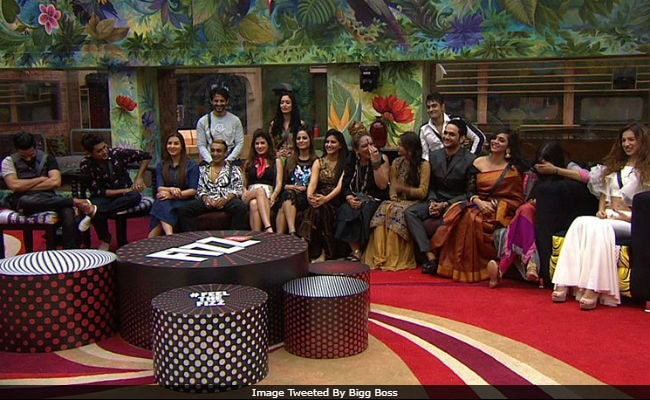 New Delhi: Five contestants - Hina Khan, Vikas Gupta, Sapna Choudhary, Jyoti Kumari and Sshivani Durga - were nominated for eliminations this week. Salman Khan, on Saturday's episode of Weekend Ka Vaar announced that Hina and Vikas were safe. Today, one of the housemates, among those nominated, will leave Bigg Boss 11's house. Salman will reveal the name of the housemate in sometime. Meanwhile, to add some fun element to the show, special guests Rithvik Dhanjani and Ravi Dubey will enter the house for a Diwali Bumper sale. The duo will play special Diwali games with the housemates, who will try and sell unique products to them.

Arshi Khan and Shilpa Shinde, who became good friends in the initial week, will engage in war of words over the game. Rithvik, Ravi and Hina were contestants of Khatron Ke Khiladi 8, which was replaced by Bigg Boss 11 after the finale.

The Weekend Ka Vaar episode on Saturday was fun to watch as unlike last week, where Salman reprimanded the contestants for their behaviour. Priyank Sharma was asked to leave after he pushed co-contestant Akash Dadlani in a fight. Later, Zubair Khan left Bigg Boss 11 due to health issues.

Promoted
Listen to the latest songs, only on JioSaavn.com
This week, the nomination process was a bit twisted. Contestants were asked not to nominate but vote for a housemate who they want to save. Jyoti Kumari had got the maximum number of votes but the padosis, who had got a special privilege of nominating another contestant, took her name.

Sapna Choudhary, Jyoti Kumari and Sshivani Durga form the non-celeb group. Who will be eliminated tonight? Watch this space for all the news related to Bigg Boss 11.