Bigg Boss 11: Gauahar Khan Returns. But This Time For A Special Task

Bigg Boss 11: The housemates will have to convince Gauahar Khan so as to win a special power 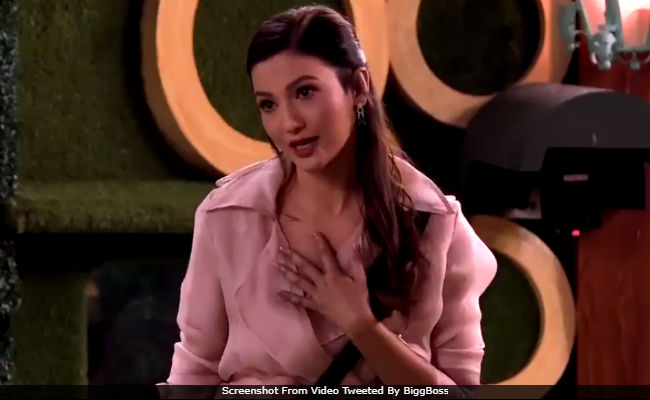 Bigg Boss 11: Gauahar Khan in a still from the show (Image courtesy: BiggBoss)

New Delhi: Saturday's episode of Bigg Boss 11 will be special as ex-contestant Gauahar Khan will once again return to the show. No, not as a contestant again, but for a special task. The housemates will have to convince Gauahar as to why they deserve to be on the show and whoever succeeds, the person will win a special power. (Who do you think will be able to convince Gauahar?) She was the winner of Bigg Boss 7. Last year, the actress entered the Bigg Boss house to meet her best friend VJ Bani, who was competing on the show as one of the contestants.

Gauahar Khan recently slammed TV actress Hina Khan, a contestant of Bigg Boss 11, for mocking other housemates. In the sneak peek video, we saw Gauahar advising Hina not to get personal during fights. What do you think will be Hina's reaction?

Meanwhile, Salman Khan will also interact with the contestants, since it's Weekend Ka Vaar episode.

Yesterday, evicted contestant Priyank Sharma returned to Bigg Boss 11 again. The drama unfolded then. Sapna Chaudhry and Arshi Khan had a fight. After which, Priyank told Sapna to tease Arshi by taking calling out 'Pune-Goa.' Arshi got irked and condemned Priyank for getting personal. Reports are now doing the rounds that an FIR has been registered against Priyank and Sapna by Arshi's publicist over the same.

Promoted
Listen to the latest songs, only on JioSaavn.com
Dhinchak Pooja made a video with the contestants which would help them get the luxury budget. The result would be announced in today's episode.