On remembering the first day of underwater shoot for Bhoot: Part One, Vicky said, "I was panicking, I was scared and I couldn't deliver." 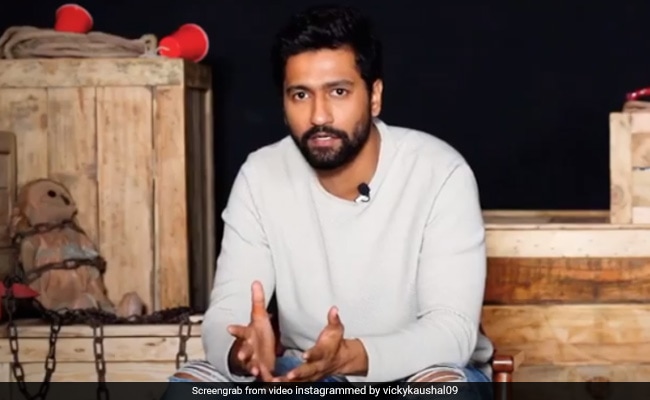 A still from the BTS video of Bhoot: Part One (courtesy: vickykaushal09)

Vicky Kaushal, who stars in horror-thriller Bhoot: Part One - The Haunted Ship, shared his experience while shooting for his debut in a horror film in an Instagram video on Wednesday. Along with the makers of Bhoot: Part One - director Bhanu Pratap Singh and producer Shashank Khaitan - Vicky can be seen talking about his "fears" in the video, which is titled "Vicky vs His Phobias." Shashank Khaitan revealed what Vicky Kaushal had said "throughout the meeting" with Dharma Productions, "I'm so scared of horror; I don't see horror films at all," which made them think that Vicky would probably decline the offer. However, the actor ended up saying, "I'll do the film but I hate ghosts and I hate water," to which Shashank sarcastically replied, "Right, now this really helps us."

Vicky Kaushal opened up about his phobia and said, "I never even imagined myself in a horror set-up." The 31-year-old actor also said, "It was really an untapped territory for me which I was very excited to explore." Considering how "hard" it is to shoot a horror genre, Vicky said "It's very tricky, and I was learning as I was going deeper into the film." The Manmarziyaan actor also disclosed that he "checked" his work on the monitor "a lot more" than he "usually does."

Lead actor Vicky Kaushal said that the most "intense sequences" for the film were "underwater". On remembering his first day of underwater shoot, he said, "I was panicking, I was scared and I couldn't really deliver." The underwater scenes for the Bhoot: Part One were recorded in a swimming pool with a huge team and a lot of tools. Vicky was made to stand on a stool at the base of the pool and just before the "take," it was removed, which made him "panicky", he said. To encounter his water phobia, the actor used to sit on the floor of the pool with an oxygen mask for "30-45 minutes," just to get rid for his "fear". He added by saying, "And then I enjoyed a lot."

Take a look at Bhoot: Part One BTS video here:

The trailer of Bhoot: Part One released on Monday. The movie is scheduled to release on February 21.