Bhoot: Part One - Vicky Kaushal's 'Imagined Fear' Is That He 'Wouldn't Know How To Act'

Vicky Kaushal was also quoted saying, "Stardom gets scary when it goes into your head and under your feet" 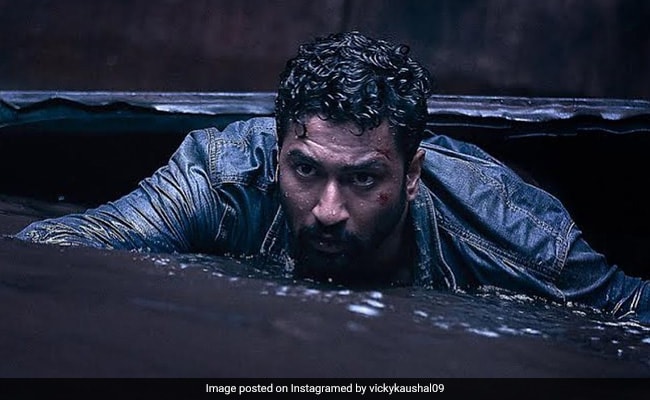 Vicky Kaushal in a still from the film. (courtesy: vickykaushal09)

Vicky Kaushal, who awaits the release of his upcoming horror-thriller Bhoot: Part One - The Haunted Ship, said "I fear that one day I won't know how to act," reported news agency PTI. At a special event in Mumbai, he talked about his "imagined fear" and said, "I have this fear, that one fine day I'll get up and I won't know how to act. I wonder what I will do. But I fear that one day I'll go on set and for no logical reason, I wouldn't know what to do after action. I have this strange, imagined fear." The actor makes his debut in the horror genre with Bhoot: Part One, which is directed by Bhanu Pratap Singh.

Vicky Kaushal rose to prominence with his critically acclaimed performance in Masaan. He also featured in Alia Bhatt's Raazi, garnered appreciation for his performance in Sanju and the starred in blockbuster hit Uri: The Surgical Strike, which got him a National Film Award for Best Actor. At the event, he talked about the "scariest thing" about "stardom." The actor was quoted as saying, "Stardom gets scary when it goes into your head and under your feet." He further elaborated saying, "When stardom gets in your head, a gap develops between your feet and the ground. When you wake up in the morning with your mother scolding you, you become normal."

The 31-year-old actor had signed Bhoot: Part One when Raazi was about to release and Sanju was yet to hit the theatres. At that time, Uri wasn't even on floors. Speaking to PTI, he also talked about the "quest" as "an actor" and said, "The quest as an actor is to keep exploring new territories, new genres. Because of the times we are living in, as an audience member, industry member, we are in this beautiful bend that we all are hungry for new content." He added, "We all are hungry to be surprised as makers and audience. If we don't try now, then when? I am hungry for new stuff, keeping aside my fears or likings; I want to explore all that I can as an artiste."

Vicky Kaushal had also released a BTS video from the sets of Bhoot: Part One, which quoted him as saying, "I'm so scared of horror; I don't see horror films at all." However, he agreed to sign the film as, "It was really an untapped territory for me which I was very excited to explore."

Bhoot: Part One is directed by Bhanu Pratap Singh and produced by Shashank Khaitan. The film is all set to hit the theatres on February 21.