Sanjay Dutt said: "I have played the role of father in Mission Kashmir to Hrithik Roshan" 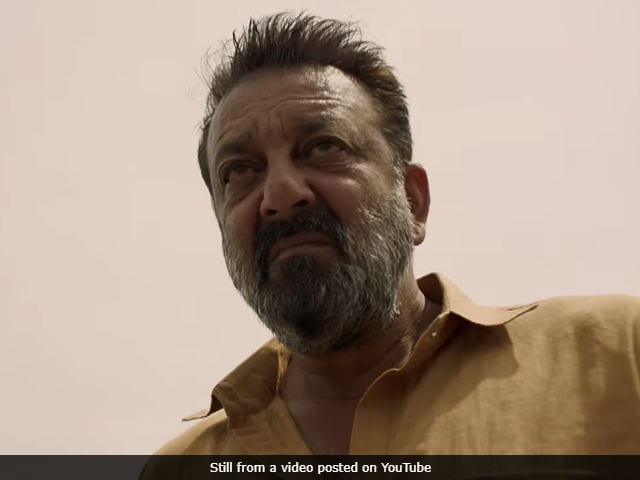 New Delhi: Actor Sanjay Dutt's Bhoomi, his first film after the completion of his jail term, released today to lukewarm reviews. The 58-year-old actor plays the role of a father seeking revenge for his daughter (played by Aditi Rao Hydari), who was brutalized by goons. Sanjay Dutt told news agency PTI that now he wants to portray characters in accordance with his actual age. "I am doing scripts according to my age and which I want to do. I think that is one slot or genre that is not tapped here in India. I want to do that," Sanjay Dutt told PTI. "My thought process changed as I saw my beard getting white while I was in jail. Now I can't be dancing around trees and dancing around college campus. I want to play roles around my age," he added.

Watch the trailer of Bhoomi:

After Bhoomi, which is directed by Omung Kumar (Mary Kom and Sarbjit), Sanjay Dutt has films such as Munna Bhai 3, Saheb Biwi Aur Gangster 3, Malang, Shiddat, Marco Bhau, Torbaaz and Nishikanth Kamath's untitled film I the pipeline. The Vaastav actor told PTI that all the characters will be according to his actual age.

Sanjay Dutt is married to Maanyata and together they are parents to six-year-old twins Shahraan and Iqra. Sanjay Dutt also has a daughter, Trishala, 29, from his first marriage to Richa Sharma.

Promoted
Listen to the latest songs, only on JioSaavn.com
"I have played the role of father in Mission Kashmir to Hrithik Roshan. My mother did Mother India when she was 26, so I think actors who attempt to play the role of a father or mother, they are playing a character. And there is nothing to get scared of," said Sanjay Dutt.