Aithey Aa is the third song from Bharat's playlist to be released after Slow Motion and Chashni. 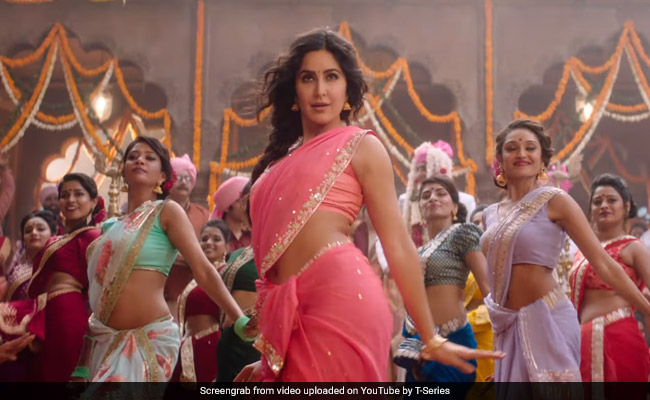 Salman Khan introduced new Bharat song Aithey Aa with the caption: "Shaadi waala Desi gaana for this electronic zamana." But it is actually Katrina Kaif who will have you glued to the screen throughout. Aithey Aa is set in 1983, some 13 years after Bharat (Salman Khan) and Madam Sir aka Kumud Raina (Katrina Kaif) met for the first time. Aithey Aa takes one snippet of Bharat and Kumud's love story from the previous song Chashni and elaborates on it. And wedding song means dancing-shancing. Katrina Kaif dances her way to Salman Khan's heart in the Aithey Aa and her thumke are no less than killer.

Few seconds into the song, Salman Khan also joins her on the dance floor but adorably lets Katrina take the centrestage. Katrina quickly outshines every one on the dance floor with her thumke and expressions. Aithey Aa is the third song from Bharat's playlist to be released after Slow Motion and Chashni. Watch Bharat song Aithey Aa here:

Katrina Kaif's dance moves reminds us of all the times she made us forget blinking with her Bollywood numbers. Starting from Thugs Of Hindostan's Suraiyaan Jaan and PashminafromFitoortoChikni ChamelifromAgneepathandKamlifromDhoom: 3, Katrina Kaif has been weaving her magic on the dance floor for nine years now.