Beyond The Clouds Box Office Collection Day 1: How Much Ishaan Khatter's Film Made

Beyond The Clouds Box Office Collection Day 1: The film released on Friday and garnered an opening collection of Rs 25 lakh 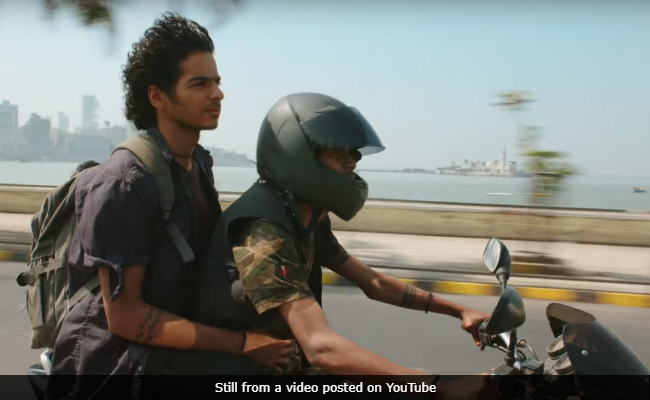 Beyond The Clouds Box Office Collection Day 1: Still from the movie (Courtesy YouTube)

Ishaan Khatter received a huge shout out from Bollywood for his performance in Beyond The Clouds. Played by Ishaan and Malavika, orphans Amir and Tara grew up in the slum of Mumbai but an unprecedented incident changed the course of their lives. Tara is put behind bars while Amir struggles to loan money for her bail. Meanwhile, Amir gets a new family.

After the trailer released, Ishaan's actor brother Shahid Kapoor cheered for him saying: ""Acting toh khoon mein hai. Ise dekho. When did he grow up so much!" In his review for NDTV, Saibal Chatterjee wrote: "The film tells the story of a boy and his elder sister battling daunting odds. It is left to two acting tyros - Ishaan Khatter and Malavika Mohanan - to do the heavy lifting."