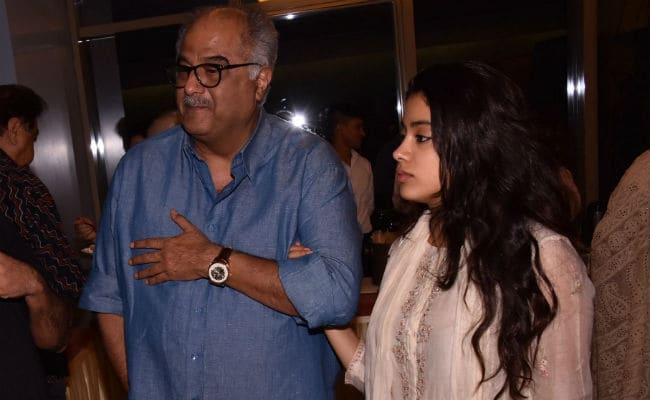 Janhvi and Boney Kapoor at Beyond The Clouds screening

New Delhi: Janhvi and her dad Boney Kapoor watched Ishaan Khatter's first film Beyond The Clouds at a special screening in Mumbai on Wednesday evening. Beyond The Clouds is directed by Iranian filmmaker Majid Majidi and tracks the story of two siblings Tara, played by Malavika Mohanan and Amir, played by Ishaan. Janhvi and Ishaan are co-stars of upcoming film Dhadak and appear to be good friends. Apart from shoots, the duo are often photographed together at cafes and at theatres. Ishaan's parents Neelima Azeem and Rajesh Khattar also came to watch their son's film. Other guests at the screening were R Balki and Gauri Shinde, Dhadak director Shashank Khaitan, Satish Kaushik, Ramesh Sippy and Kiran Juneja.

Janhvi was dressed beautifully in a white Indian outfit. 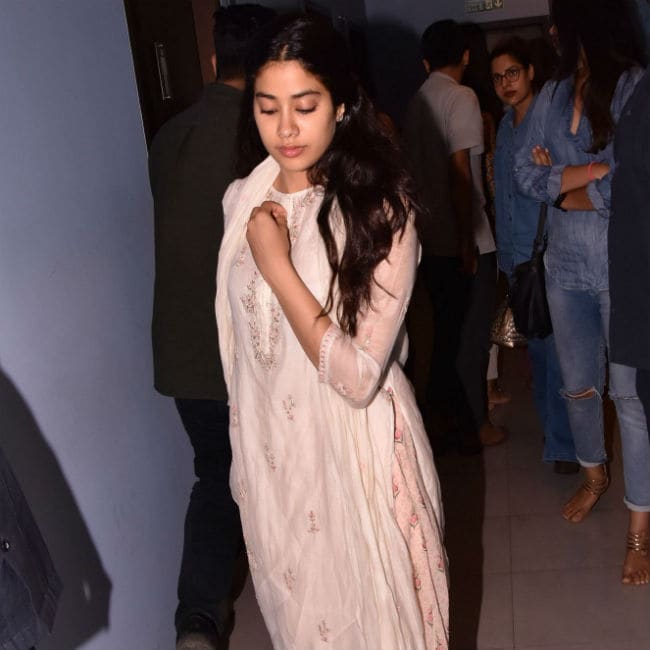 Ishaan also got a warm hug from Boney Kapoor. 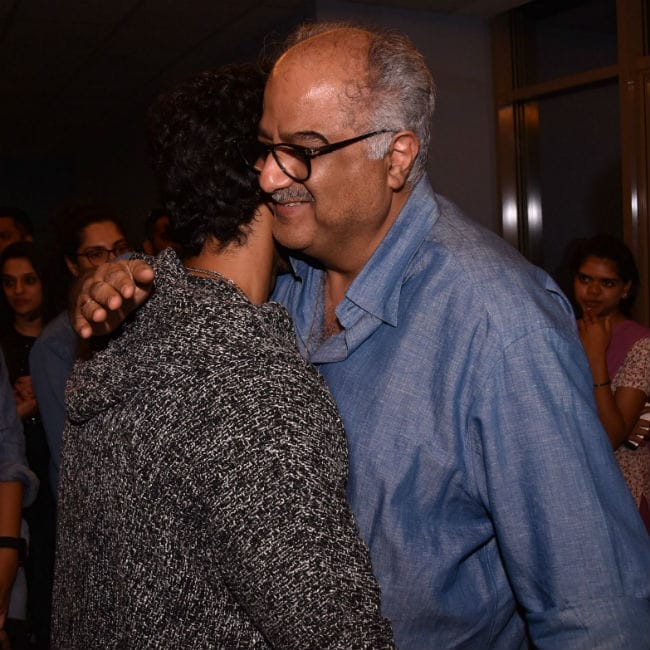 Ishaan took off time to get clicked with his parents. 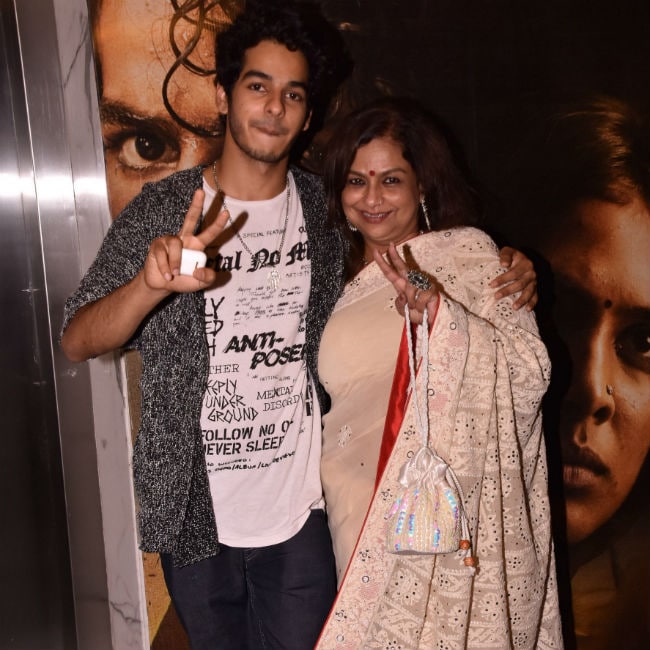 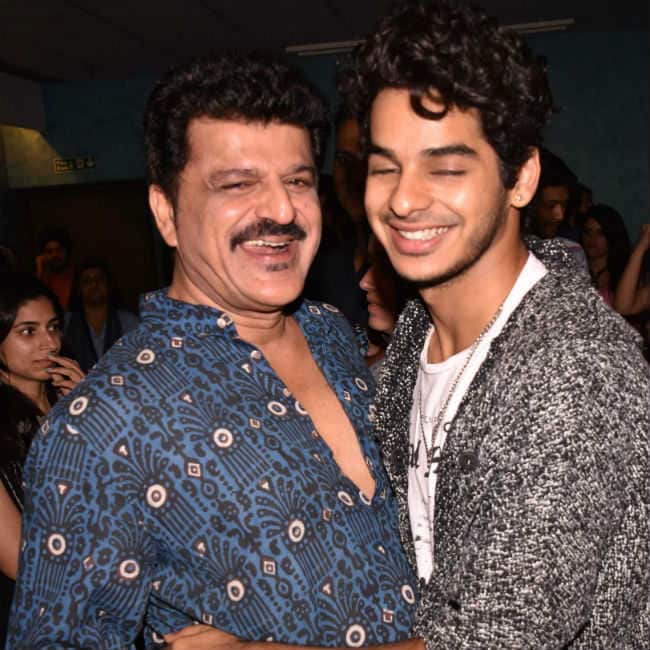 Malavika and Ishaan posed with a guest. 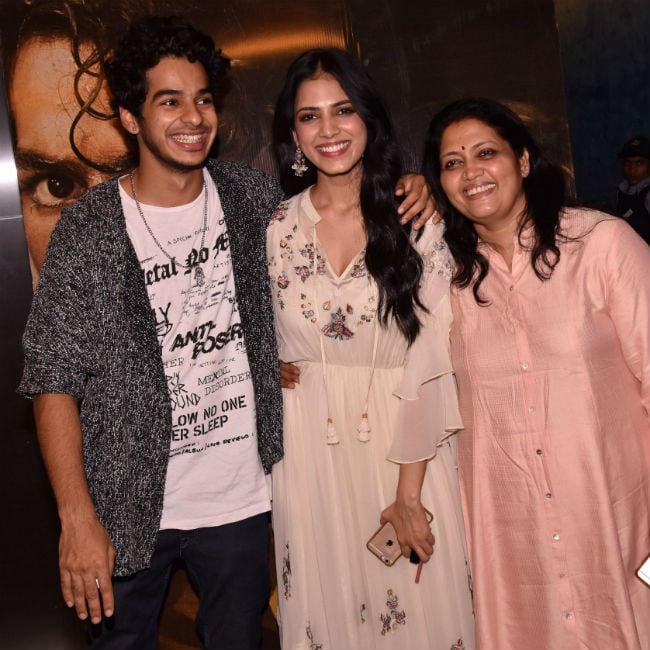 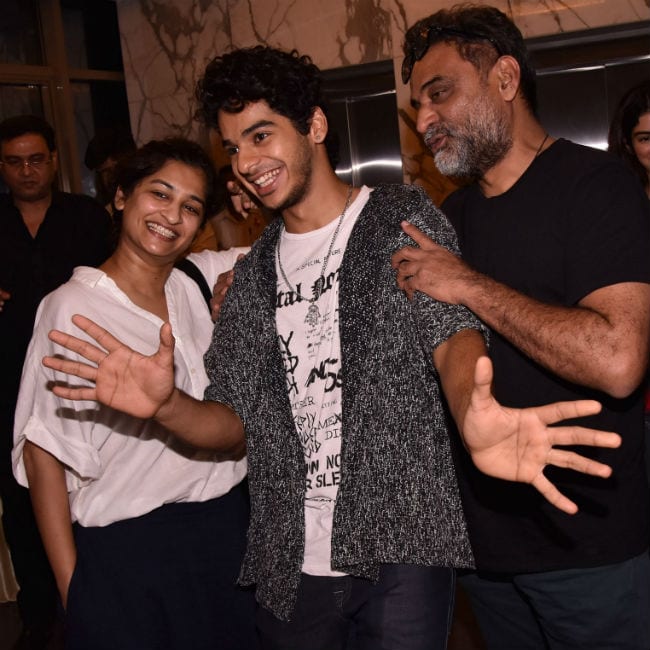 The trailer of Beyond The Clouds was released a few weeks ago and Ishaan's brother Shahid Kapoor posted this.

Acting toh Khoon mein hai. Ise dekho. When did he grow up so much. https://t.co/cnTY6arHgg

Beyond The Clouds has been premiered in several film festivals releases this Friday.

Meanwhile, Ishaan and Janhvi (daughter of late actress Sridevi) wrapped up the shooting of Dhadak earlier this week. The film went on floors last year and is being produced by Karan Johar.

Promoted
Listen to the latest songs, only on JioSaavn.com
Dhadak is a remake of Marathi blockbuster Sairat. "The basic premise (of Dhadak and Sairat) is same. But there are variations. My story is based on another set up. It is (set) in Rajasthan. It comes with its own challenges, conflicts and style of a love story," Shashank Khaitan told news agency PTI.

Dhadak is scheduled to hit screens on July 20.