Ishaan Khatter's Beyond The Clouds Trailer Made Shahid Kapoor Tweet This

Beyond The Clouds is Ishaan Khatter's debut film 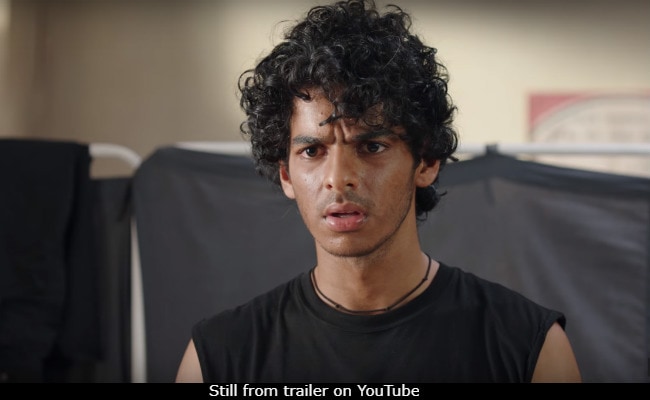 New Delhi: Shahid Kapoor just shared the new trailer of Beyond The Clouds, starring his brother Ishaan Khatter. Shahid, who clearly appears bowled over by glimpses of Ishaan's performance, tweeted to say he couldn't believe his younger brother is all set for his debut already. "Acting toh khoon mein hai. Ise dekho. When did he grow up so much!" tweeted the 37-year-old actor. From the trailer, it is apparent that Ishaan Khatter's film looks every bit promising. Directed by Iranian filmmaker Majid Majidi, Beyond The Clouds is the story of two siblings - Tara, played by South actress Malavika Mohanan and Amir, played by Ishaan.

Acting toh Khoon mein hai. Ise dekho. When did he grow up so much. https://t.co/cnTY6arHgg

The trailer begins with a sneak peek into the daily chores of Amir and Tara, who are slum dwellers of Mumbai but an unprecedented incident changes the course of their lives. Tara is put behind bars while Amir struggles to loan money for her bail. Meanwhile, Amir gets a new family.

Watch the second trailer of Beyond The Clouds here:

Ishaan, who had a blink-and-miss appearance in Shahid Kapoor's Udta Punjab, was asked if there's a sense of competition between the two brothers, when he said: "No, not at all. He is almost like a teacher, he is a paternal figure in my life. I learnt so much by watching him. I can't possibly consider myself a competition to him. In fact, I would say we are a team," reported PTI. Ishaan Khatter will next be seen in Dhadak, which marks Janhvi Kapoor's debut film.

Promoted
Listen to the latest songs, only on JioSaavn.com
Music for Beyond The Clouds has been composed by A R Rahman while credits for the Hindi dialogues go to Vishal Bhardwaj.

Beyond The Clouds, which has premiered in several film festivals, releases worldwide on April 20.