Vicky Kaushal was recently seen playing cricket with his team 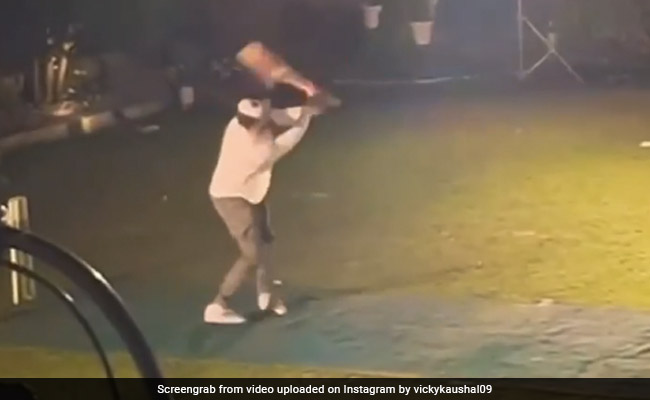 Please don't disturb, Vicky Kaushal. He is busy playing cricket with his team. Wonderful, did we hear? Vicky has shared a clip too. The text on it read, “Midnight game with the team.” The field [a park] is set with a proper light set up. Vicky, who is on strike, looks comfortable as he hits a magnificent shot. And, we can hear everyone clapping. Don't miss Vicky's uber-cool wardrobe choice. His love for cricket is no hidden secret. Whenever he gets time off from his busy schedule, Vicky makes it a point to play a game or two of cricket with his team. 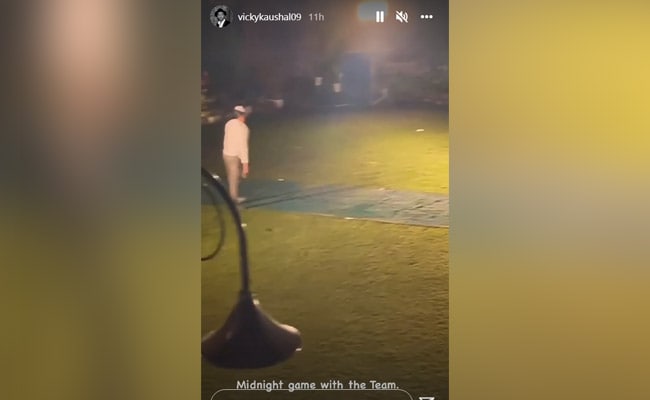 For Vicky Kaushal, "Nothing better than sneaking out time for some cricket on set." This is what he once wrote on his Instagram Stories. The video was later shared by one of the fan pages on Instagram.

Vicky Kaushal started the month with a vacation. He jetted off to an undisclosed location with his wife, actress Katrina Kaif. And, oh boy. Their pictures made us go weak in our knees. And, a look at this no-caption post by Katrina will answer all your queries.

Vicky Kaushal also shared a picture from their getaway. Here, he is flaunting his back muscles. The caption read, “No wifi still finding better connection.”

Vicky Kaushal was last seen in Sardar Udham. He will next feature in Sam Bahadur, directed by Meghna Gulzar. He also has Govinda Mera Naam in his kitty.  Bhumi Pednekar and Kiara Advani are part of the film.