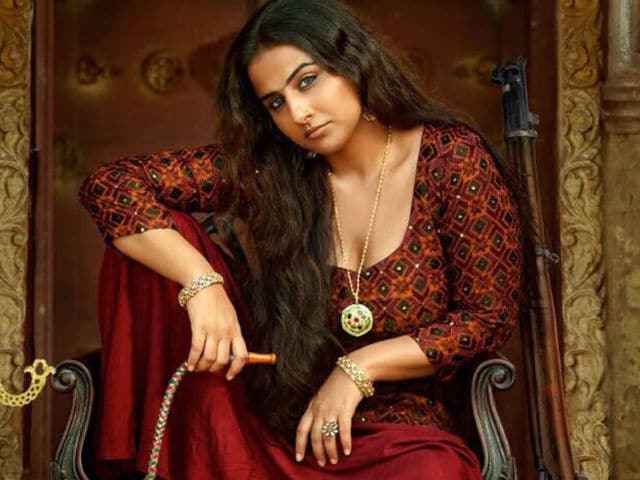 New Delhi: Actress Vidya Balan's film Begum Jaan hits the screens this Friday. Directed by Srijit Mukherji, Begum Jaan is an adaptation of Bengali film Rajkahini which was headlined by actress Rituparna Sengupta. In Begum Jaan, Vidya plays the role of a brothel 'madam'. The film is set against the backdrop of Partition, when Begum Jaan is asked to vacate her brothel, as the East India Company decides to draw a division line in Punjab. The film portrays Vidya's struggle to save her home. Vidya Balan is supported by an impressive cast which includes- Naseeruddin Shah, Ila Arun, Gauahar Khan, Pallavi Sharda, Rajit Kapoor, Ashish Vidyarthi and Chunky Pandey.

Of her role, Vidya earlier told news agency PTI, "I am the madam of a brothel and the film is set in the Partition times and we are at the risk of losing our house, our space so there is lot of emotional, mental and sexual violence and not physical violence. It was difficult to do the film as I am doing it for the first time."

Before Srijit Mukherji started filming Begum Jaan, he revealed that a workshop was organised for the cast to help them get into the skin of the character. He told IANS, "After the workshop when Vidya entered the set, I saw Begum Jaan who is a fierce, manipulative no-nonsense kind of woman, walking in. There was no trace of Vidya Balan."

Begum Jaan releases at the box office along with Vin Diesel's Fate Of The Furious. Of the clash, Srijit Mukherji told IANS that his film will be "judged" for its own merits.

Promoted
Listen to the latest songs, only on JioSaavn.com
The film is produced by brothers Mahesh and Mukesh Bhatt.