'Beach Bums' Sonam Kapoor And Anand Ahuja Left Their Hearts In Maldives, As These Pics Show

"Being a beach bum with my favourite people for a few days in the sun was absolutely priceless," wrote Sonam Kapoor 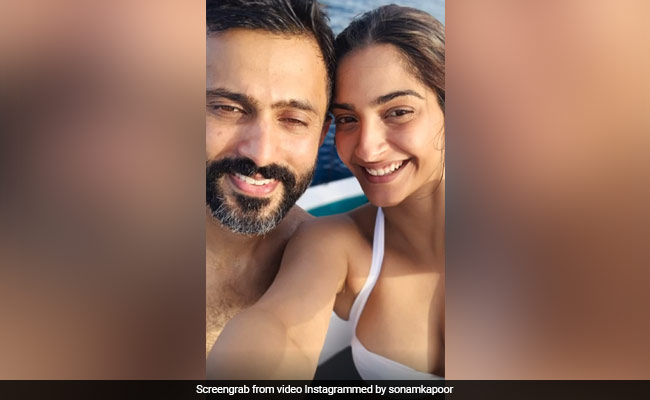 Sonam Kapoor is back to Mumbai, but she is clearly dreaming of Maldives (going by her latest Instagram entries). The 34-year-old actress, on Thursday, shared a compilation of her favourite moments from her Maldives vacation along with her husband Anand Ahuja. Sonam and Anand were also accompanied by Rhea Kapoor and her boyfriend Karan Boolani. Sonam shared the video with her 22.2 million followers on Instagram, of which over 2 lakh fans liked the post. She captioned the video: "Magical Maldives. Being a beach bum with my favourite people for a few days in the sun was absolutely priceless."

Meanwhile, Sonam's entrepreneur husband Anand Ahuja has been actively sharing pictures from his Maldives vacation on his Instagram profile, Take a look at the posts here:

Remember the video shared by Anand, in which the couple could be seen making the most of their time on a water slide. "Sonam Kapoor and I on the slide vs me alone on the slide," he captioned the video. ICYMI, this is the video we are talking about:

On the work front, Sonam Kapoor was last seen in the box office debacle The Zoya Factor, co-starring Dulquer Salmaan and Angad Bedi. Sonam has not announced her upcoming project as of now.

Anand Ahuja runs the fashion label Bhane and the sneaker boutique VegNonVeg. He and Sonam Kapoor got married in May 2018 after dating for several years.