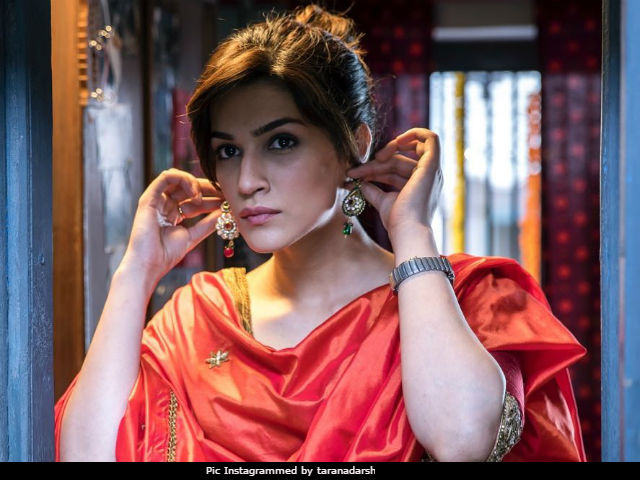 Bareilly Ki Barfi: A still from the movie (courtesy taranadarsh)

New Delhi: Does Bareilly Ki Barfi have just the right amount of sweetness? Box office reports will tell you that. Kriti Sanon's new film with Ayushmann Khurrana and Rajkummar Rao have scored Rs 6.27 crore in two days, reported trade analyst Taran Adarsh. "Bareilly Ki Barfi witnessed ample growth on Saturday," Mr Adarsh tweeted on Sunday afternoon. He also made a prediction of sorts saying the film is expected to perform even better on the last day of the weekend. "Sunday should be much better," he tweeted. Directed by Ashwiny Iyer Tiwari, Bareilly Ki Barfi, is a hilarious portrayal of a love triangle played by Kriti, Ayushmann and Rajkummar.

In his review of the film for NDTV, Saibal Chatterjee wrote: "Bareilly Ki Barfi isn't the kind of film that will sweep you off your feet, but there is sufficient charm and chutzpah in this effervescent brew to keep you invested all the way through. There is indeed something to be said about a Bollywood romantic comedy that lays so much store by its script, its relatable setting and believable characters. The creative choices the director makes reflect amply in the final outcome."

Bareilly Ki Barfi casts Kriti Sanon as a rebellious character, who blurs the fine line between genders and Ayushmann as a scheming lover-boy. Rajkummar Rao is brilliant as the naive, bechara Pritam Vidrohi while Pankaj Tripathi's performance as Bitti's father also cannot be overlooked.