Bareilly Ki Barfi, which released in theatres on August 18, earned Rs 75 lakhs on its twelfth day 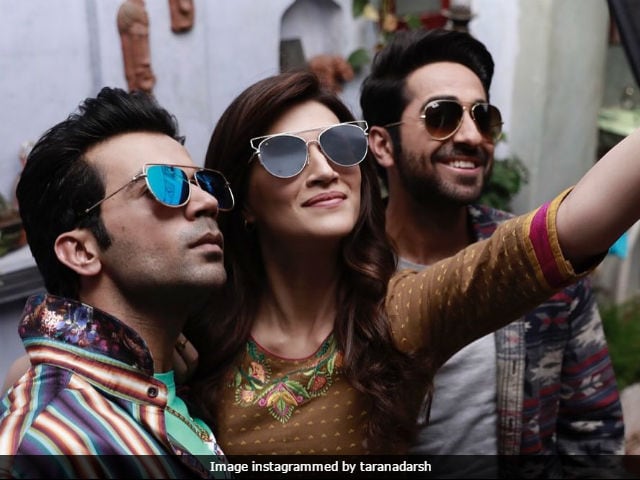 New Delhi: Bareilly Ki Barfi, starring Kriti Sanon, Ayushmann Khurrana and Rajkummar Rao, is in its second week at the theatres and the film has managed to collect a total of Rs 25.42 crore at the box office so far. Bareilly Ki Barfi, which released in theatres on August 18, earned Rs 75 lakhs on its twelfth day, reported trade analyst Taran Adarsh. The film had witnessed growth over the weekend and earned a total of Rs 5.20 crore (Friday- 1.15 crore, Saturday - 1.75 crore and Sunday - 2.30 crore). According to Mr Adarsh, the film is steady at the box office. Bareilly Ki Barfi also features Pankaj Tripathi and Seema Bhargava in pivotal roles.

Bareilly Ki Barfi has garnered a lot of appreciation from the audience and critics including superstar Amitabh Bachchan and Union Minister Smriti Irani.

Mr Bachchan also sent a bouquet of flowers to actors Rajkummar Rao and Kriti Sanon along with a handwritten note, a picture of which was shared by them on social media.

This feels like a milestone in itself!!you've been such an inspiration..Thank you so so much Sir!!This really made my day!@SrBachchanpic.twitter.com/z8xKtF5fiA

In his review for NDTV, film critic Saibal Chatterjee wrote that 'there is sufficient charm and chutzpah' in Ashwiny Iyer Tiwari's Bareilly Ki Barfi.

"Bareilly Ki Barfi isn't the kind of film that will sweep you off your feet, but there is sufficient charm and chutzpah in this effervescent brew to keep you invested all the way through. There is indeed something to be said about a Bollywood romantic comedy that lays so much store by its script, its relatable setting and believable characters. The creative choices the director makes reflect amply in the final outcome," wrote Mr Chatterjee.