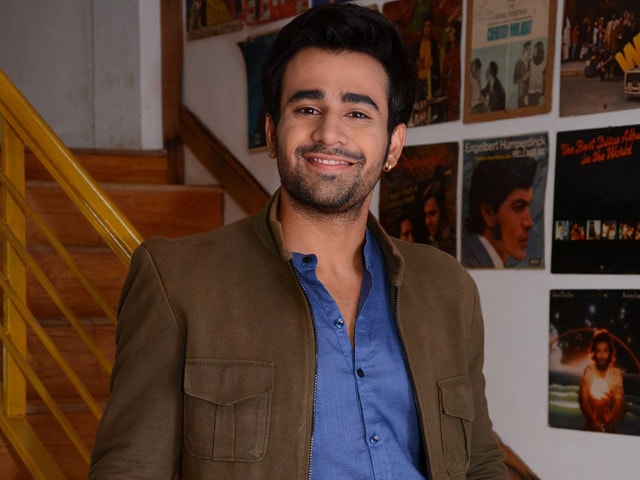 Pearl V Puri at an event for the promotion of Badtameez Dil.

"Hrithik Roshan is an excellent actor and a brilliant performer. He can fit into any character. I also admire Ranbir Kapoor. Like any other actor, I also want to join Bollywood. Let us see where life takes me," said Pearl.

Producer Saurabh Tewari, who is known for his popular shows on television like Madhubala - Ek Ishq Ek Junoon and Rangrasiya, has backed the musical love story Phir Bhi Na Maane... Badtameez Dil, which will air on Star Plus from June 29.

Pearl will play the role of a rock star in the new TV show, which will feature five original tracks. India's Raw Star contestant Darshan Raval has lent his voice for Pearl's character Abeer on the show.

"I sing, write and compose in real life too. It helped me a lot to understand my role," said the actor, whose character is inspired by RD Burman's songs.

Talking about the new show, Mr Tewari said, "This show will be focusing on the youth. The original music composition of the show makes it different from all the others. Music helps people unwrap various emotions and our story along with the lyrics of the songs will hold the audience."

Badtazmeez Dil will see Asmita Sood playing the female lead opposite Pearl. The actress has starred in several Telegu, Kannada and Malayalam films.

"This was a big step for me, from movies to television but I am glad I took up this role. Just like me, Meher is also practical and career oriented so I am exploring myself through my character. Also the cast and crew is really warm and accepting of me as television is new to me so I am excited to embark on a new journey. All I want now is to wait and gauge audience's reaction," the actress said.