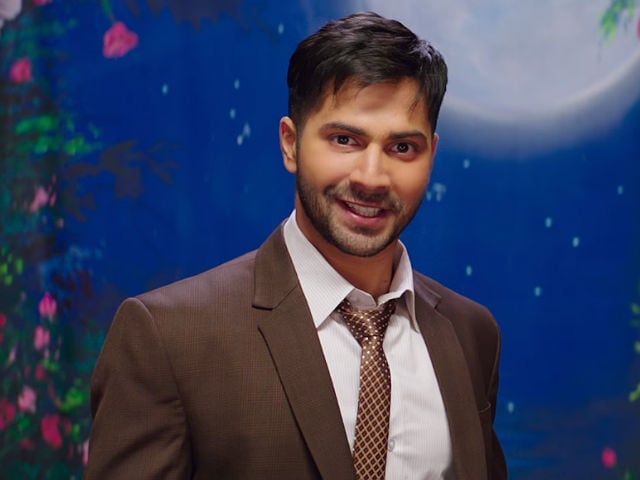 It seems Badrinath is getting a picture clicked for matrimonial purpose

New Delhi: Karan Johar knows how to keep up audience's interest and intrigue surrounding his films. "They are back. But for now, meet Badrinath Bansal urf Badri (sic)," tweeted Karan Johar and he shared the first teaser from upcoming film Badrinath Ki Dulhania, a sequel (of sorts) to his 2014 film Humpty Sharma Ki Dulhania. In the teaser, we meet Varun Dhawan who introduces himself as Badrinath Bansal aka Badri. He's suited up and an unseen cameraman is asking him to pose, nagging him along the way. The picture it seems for matrimonial purpose (taking cue from the title). After 40-seconds or so, Badri was fed-up and threw a shoe at the person and thatw as the end of the first teaser.

Varun Dhawan's characterization in Badrinath Ki Dulhania seems similar to that of Humpty in Humpty Sharma Ki Dulhania. He is funny, innocent and bold in his work.


Actress Alia Bhatt plays the eponymous 'dulhania' opposite Varun Dhawan's Badri in the film. Her introduction is pending. KJo shared a poster before the teaser and we can't wait to meet Alia's character in the film.

Here's the 1st poster! @Varun_dvn & @aliaa08 are back with their love franchise! #BadrinathKiDulhania#thisHoli@ShashankKhaitanpic.twitter.com/fgPjvMmXiF

Promoted
Listen to the latest songs, only on JioSaavn.com
Both Alia and Varun were launched in Karan Johar-directed Student Of The year. Ever since they've collaborated on multiple projects and most of them were successful. Alia and KJo made 2 States and Shaandaar together.

Alia and Varun will also reappear on Karan Johar's talk show Koffee With karan 5. Alia opened the season with her Dear Zindagi co-star Shah Rukh Khan while Varun came with Arjun Kapoor in a separate episode.