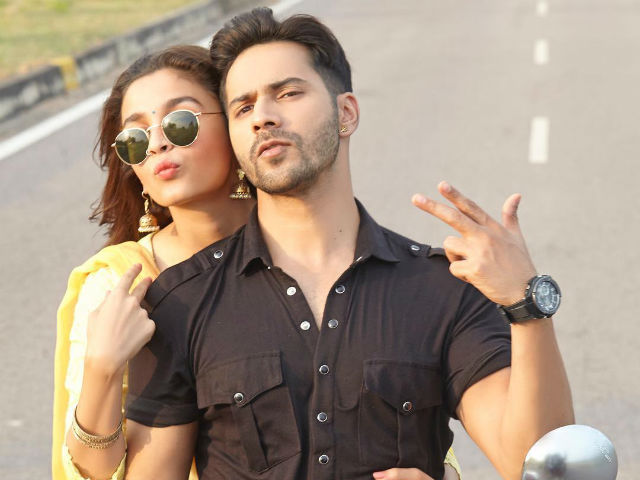 New Delhi: Alia Bhatt and Varun Dhawan's rom-com Badrinath Ki Dulhania is looking at Rs 73 crore-mark, says trade analyst Taran Adarsh. The film, which released on March 10, has collected Rs 68.23 crore so far, tweeted Mr Adarsh. Badrinath Ki Dulhania, a sequel to Alia and Varun's 2014 hit film Humpty Sharma Ki Dulhania, made a business of Rs 5.95 crore on Wednesday. Mr Adarsh's tweet suggests that the film is all set to cross 'lifetime business' of Humpty Sharma Ki Dulhania during the second weekend. The film is directed by Shashank Khaitan, who said that seeing the positive response of the audience, he wants to make another sequel to the Dulhania franchise, reports news agency IANS.

Question is, will #BadrinathKiDulhania hit a century [ 100 cr]? Performance in Weekend 2 will give a fair idea of its lifetime biz...

#BadrinathKiDulhania is looking at 73 cr [/-] Week 1... All set to cross *lifetime biz* of #HumptySharmaKiDulhania in Weekend 2... SUPER!

Badrinath Ki Dulhania stars Varun 29, as Badrinath Bansal as a sterling groom, who falls in love with Vaidehi Trivedi, played by Alia Bhatt, now 24 and since then, he wants to make Vaidehi his dulhania. However, Vaidehi, who is a confident and ambitious girl is unimpressed by the unsophisticated advances of Badri and rejects him.

Promoted
Listen to the latest songs, only on JioSaavn.com
Badrinath Ki Dulhania is Alia and Varun's third film together after they debuted in 2012 with Karan Johar's Student Of The Year.

Alia, who celebrated her 24th birthday on Wednesday, will next be seen in Ayan Mukherji's Dragon opposite Ranbir Kapoor and Zoya Akhtar's Gully Boy co-starring Ranveer Singh while Varun Dhawan is prepping for Salman Khan's Judwaa sequel titled Judwaa 2. The film releases on September 29 and stars Jacqueline Fernandez and Taapsee Pannu.