Badhaai Do Trailer: Bhumi Pednekar And Rajkummar Rao Build A House Of Secrets 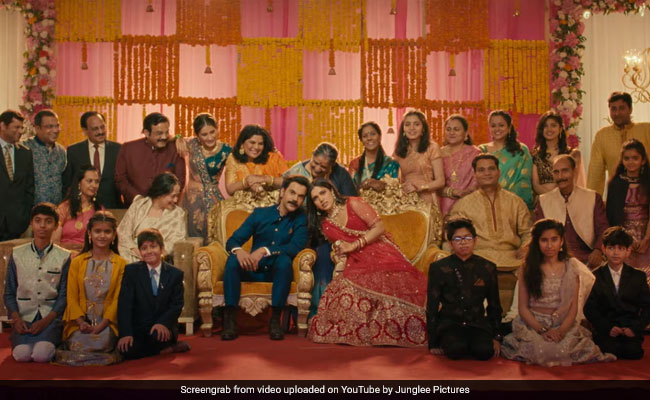 So the trailer of Badhaai Do released on Tuesday and it seems promising. The film features Rajkummar Rao and Bhumi Pednekar as the lead characters, who happen to be members of the LGBTQ+ community. Both the characters, in their 30s, wish to be with their respective love interests. However, they are bound by societal pressure to get married. Rajkummar Rao, who features as a gay cop, upon discovering that Bhumi Pednekar is dating another woman, decides to convince her to get married so that they can live like flatmates and be with the people they wish to be with. The two decide to get married and thus begins a comedy of errors. Both Rajkummar and Bhumi decide to support each other when it comes to lying to their families or dodging questions about expanding their family. They develop a friendship that is worth cherishing.

Check out the trailer of Badhaai Do here :

Sharing the film's trailer on their social media handles, the film's lead actors Rajkummar Rao and Bhumi Pednekar wrote: "It's one of those films that came our way, touched our hearts in ways we can't explain. Some journeys are meant to be remembered forever. Ab aap dekho trailer aur hume Badhaai Do." See the post here:

The film is slated to release in theatres on February 11. It will clash with Shakun Batra's Gehraiyaan, which will release on Amazon Prime Video. The film has been directed by Harshavardhan Kulkarni and it has been co-produced by Vineet Jain and Amrita Pandey.

Gangubai Kathiawadi Trailer: Behold The Glory Of Alia Bhatt As Matriarch Of Kamathipura