"This time too, the film will say something extremely relevant and relatable but in the most hilarious manner," said Bhumi Pednekar 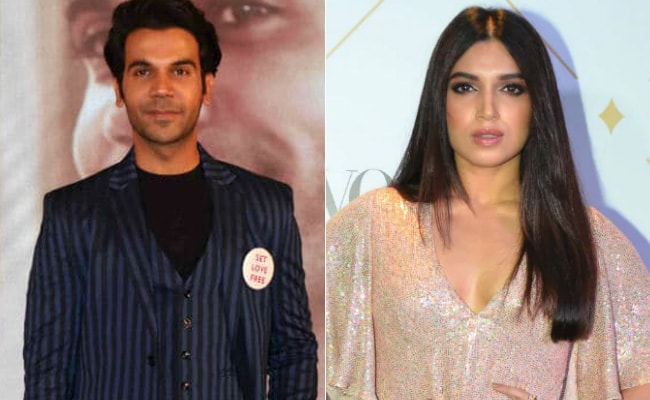 Badhaai Do will mark Bhumi and Rajkummar's first project together.

Rajkummar Rao and Bhumi Pednekar will co-star in the second instalment of Badhaai Ho and the actor are quite "excited" about it. The first part featured Ayushmann Khurrana, Sanya Malhotra, Neena Gupta and Gajraj Rao in the main roles. In second instalment Badhaai Do, Rajkummar Rao will play the role of a Delhi cop, who is the only male policeman in a mahila thana. Bhumi Pednekar, on the other hand, will play a PT teacher. Directed by Harshavardhan Kulkarni and produced by Junglee Pictures, the film will go on floors in June. It is expected to open in theatres by early 2021.

In Badhaai Ho, Gajraj Rao and Neena Gupta play a middle aged couple struggling with an unexpected case of pregnancy while Ayushmann Khurrana features as their son. The second part of the franchise will have a different storyline.

Talking about the sequel, Bhumi Pednekar told Mumbai Mirror, "Badhaai Ho is one of my favourite films in recent times and it is really exciting to take the franchise forward. For me, the script is one of the best that I have ever come across and I immediately wanted to do the film. My character again is strong, independent and author-backed, and it gives me a lot of scope to bring a very different and cool character to life. This time too, the film will say something extremely relevant and relatable but in the most hilarious manner. The film has its heart rooted in family values."

Rajkummar Rao also spoke about the film and told the publication: "I have played a cop before but never with this perspective. I look for layered characters and this one is a perfect match. My character is surrounded by strong women at home and at work and that adds immense depth to his personality."

On the work front, Rajkummar Rao will also be seen in Chhalaang, which is directed by Hansal Mehta. The actor also has comedy horror Roohi Afzana, directed by Hardik Mehta, in the pipeline. Filmmaker Anurag Basu is also working with Rajkummar Rao on upcoming film Ludo.

Bhumi Pednekar, on the other hand, was last seen in Bhoot - Part One: The Haunted Ship. The actress will co-star with Kareena Kapoor, Alia Bhatt, Ranveer Singh, Vicky Kaushal and Anil Kapoor in Karan Johar's Takht. Bhumi also has Durgavati in the pipeline.