"Please give him all your love," wrote Akshay Kumar 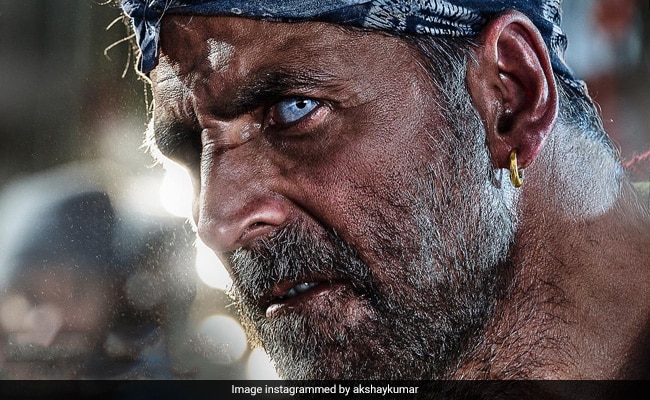 Bachchhan Paandey instantly started trending on Tuesday afternoon after the film's lead actor Akshay Kumar shared a new poster from the film on social media. Akshay Kumar as the titular character, looks fierce in the new poster. Akshay can be seen sporting a tanned look and ice-blue contact lenses. The actor captioned the post: "This is one character that has more shades than a paint shop! Bachchan Paandey aapko daraane, hasaane, rulaane sab ke liye ready hai (Bachchhan Paandey is ready to scare you, make you laugh and to make you cry)." He added, "Please give him all your love." He also revealed that the film's trailer will be out on February 18.

Check out the poster of Bachchhan Paandey here:

In the film, Akshay Kumar reportedly plays the role of a gangster, who aspires to be an actor in Bachchhan Pandey. Other than Akshay Kumar and Kriti Sanon, the film will also feature Jacqueline Fernandez and Arshad Warsi. Kriti Sanon plays the role of a journalist, who dreams of directing films, while Arshad Warsi has been cast as Bachchan Paandey's friend in the movie. Details of Jacqueline's role haven't been revealed as of now.

Akshay Kumar has a super busy schedule. Besides Bachchan Pandey, he will also feature in Prithviraj, which is a biopic of Prithviraj Chauhan. The actor has two more projects - Raksha Bandhan and Ram Setu. He will also co-star with Emraan Hashmi in Selfiee. His other proect is Bade Miyan Chote Miyan.

Mirror Mirror On The Wall, Disha Patani Is The Fittest Of Them All