Bachchan Pandey: Sharing the photo, Akshay Kumar asked his fans: "Do tell me your thoughts on the look" 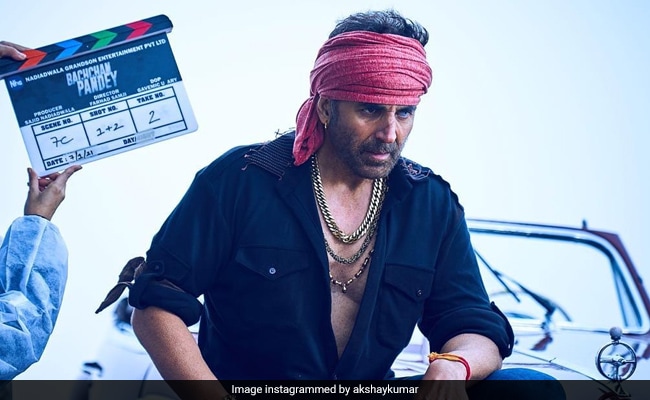 A day after team Bachchan Pandey commenced the shoot of the film in Jaisalmer, Akshay Kumar shared his new look from the film on social media. The actor, who will co-star with Kriti Sanon and Arshad Warsi in the Farhad Samji-directed film, posted a picture of himself from the set, in which he can be seen sporting a rugged look - a scar across his face, bearded and mustachioed, an injured eye and wearing a black shirt, paired with blue denims and heavy gold chains. His expression is intense. We can also see a crew member holding the film's clapboard in the picture.

Sharing the photo, Akshay Kumar wrote: "New year, old associations...begun shooting for #BachchanPandey, my 10th film with #SajidNadiadwala, and hopefully many more. Need your best wishes" and then asked his fans: "Do tell me your thoughts on the look."

Bachchan Pandey is being produced by Sajid Nadiadwala, with whom Akshay Kumar has worked on several films but more on that later.

On Wednesday, Kriti Sanon shared a couple of pictures from the sets of Bachchan Pandey. She wrote: "1st day of 1st film shoot in 2021! With the production that gave me my very 1st film! #BachchanPandey here we go."

In the film, Akshay Kumar will feature as a gangster, who aspires to be an actor. Kriti Sanon's role is of a journalist, who wishes to be a director and Arshad Warsi will play the role of a struggling actor.