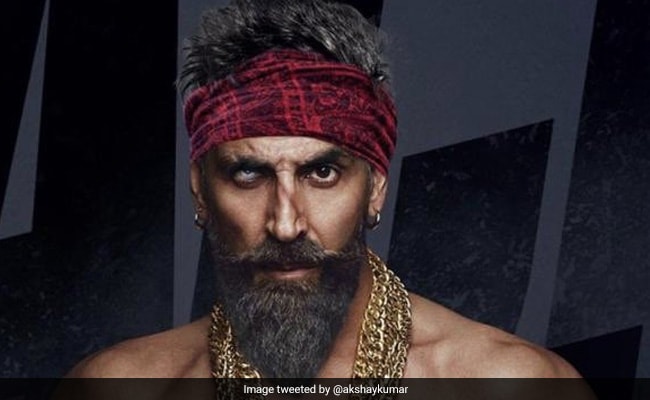 Whoa. Akshay Kumar in Bachchan Pandey's new poster will indeed make you do a double take. The 52-year-old actor shared a brand new poster, featuring himself in the persona of the titular character, to actually announce a new release date of the film. In the new poster, Bachchan Pandey appears to have come a long way, battling hurdles along his journey - in a sharp contrast to the first poster released in July last year, Akshay's character is bruised with a scar across his face, heavily bearded and mustachioed, with an injured eye. However, certain remains unchanged - his aggressive stare and intense expression.

Bachchan Pandey is said to be loosely based on Ajith's 2014 Tamil action film Veeram, which is the story of a villager, who secretly brings down the enemies of his fiancee's father in order to protect the love of his life and family.

Take a look at the older Bachchan Pandey here:

Akshay Kumar shifted the release date of his film to ensure an uninterrupted release of Aamir Khan's Laal Singh Chaddha. Both films were initially supposed to hit screens on Christmas this year but now, Akshay's film will release a month later on January 22, 2021. Aamir thanked Akshay in a tweet, writing: "Sometimes all it takes is one conversation," while Akshay replied: "Anytime, Aamir. We're all friends here."

On the work front, Akshay Kumar was last seen in Good Newwz, which was one more addition to his list of consecutive hit films. Akshay has films such as Laxmmi Bomb and Sooryavanshi in her line-up.