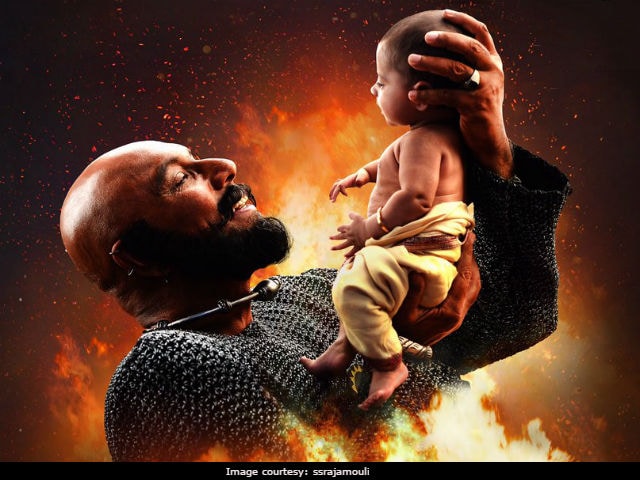 Baahubali: The Conclusion: A poster of the film (courtesy: ssrajamouli)

New Delhi: The trailer of the massively anticipated Baahubali: The Conclusion will release today - in some 25-odd theatres across Andhra Pradesh and Telangana, as news agency IANS reports - and producer Shobu Yarlagadda admits to being "a little nervous." The film, part two of director S S Rajamouli's epic fantasy starring actors Prabhas and Rana Daggubati, has been certified U/A. In a tweet on Wednesday morning, Mr Yarlagadda attached the certificate and wrote: "Just a day more! A little nervous, I must say. Hope all of you will love it." The trailer of Baahubali: The Conclusion is about two minutes and 20 seconds long. Here's what Shobu Yarlagadda tweeted:

Here we go.. ! @BaahubaliMovie 2 trailer CBFC cert.! Just a day more! A little nervous I must say .. hope all of you will love it ! pic.twitter.com/kYkCgnH1lY

The trailer will release across screens Thursday morning and online later in the day. "The trailer will play in theatres across Andhra Pradesh and Telangana from March 16, 9 am. It will be made available on online platforms from 5 pm or 6 pm the same day," director S S Rajamouli told news agency PTI.

He tweeted earlier this week:

A teaser for the film was released days ago. Very few glimpses of Baahubali: The Conclusion have been made available - filming was shrouded in secrecy with heavy security on the sets, and one person was later arrested for leaking a war scene, believed to be the climax.

Baahubali: The Beginning, part one of Rajamouli's magnum opus, released in 2015 and made over Rs 650 crore worldwide. It also won National Award for Best Feature Film.

Promoted
Listen to the latest songs, only on JioSaavn.com
Baahubali: The Conclusion sees most of its original cast-members returning - apart from the lead actors, Tamannaah Bhatia, Anushka Shetty and Sathyaraj will reprise their roles as Avanthika, Devasena and Katappa. The film is also expected to explain the cliffhanger ending of part one, in which Baahubali was killed by Katappa.

Baahubali: The Conclusion will release in Telugu, Tamil and Hindi on April 28.