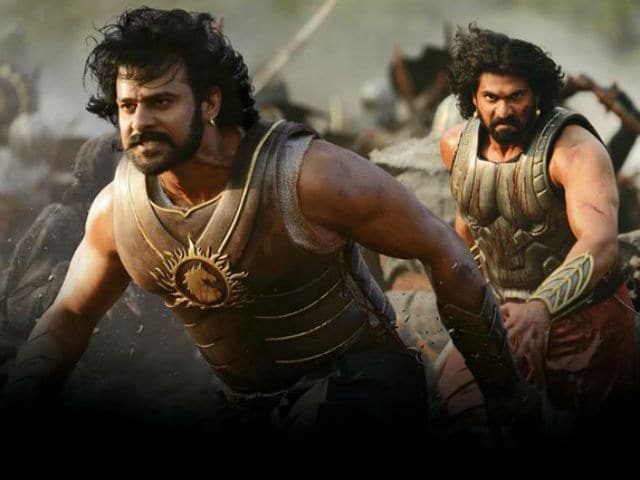 Prabhas and Rana Daggubati in Baahubali: The Beginning

New Delhi: A day after director S S Rajamouli shared the new poster of his upcoming film Baahubali: The Conclusion, featuring Sathyaraj and Prabhas, his actor Rana Daggubati, who plays the tyrannical ruler Bhalalla Deva in the magnum opus unveiled the cast's look in the film. Rana, 32, captioned the image on Twitter as, "The Mighty Roars." Prabhas, who plays the titular character, has a betrayed look in his eyes, while Rana as Bhalla Deva has a revengeful look. The poster also features Anushka Shetty, who plays Devasena, Tamanaah Bhatia as Avanthika and Sathyaraj as Kattappa. Baahubali 2 is one of the most-anticipated films of 2017, the trailer of which will release on March 16.

Check out the new poster of Baahubali 2 here:

And as the MIGHTY ROARS!! #baahubali2#WKKBpic.twitter.com/PsrgLxSsH7

On Saturday, S S Rajamouli unveiled a poster featuring Amarendra Baahubali (Prabhas) as a new born (Prabhas) and Kattappa raising him while the second part depicts the ultimate cliffhanger of the epic film - the moment when Kattapp killed Baahubali. Rajamouli captioned the image as: "The boy he raised. The man he killed."

The first part Baahubali: The Beginning released in 2015 and was a blockbuster. The film tracked the story of Shiva, who, after he gets young, learns that he is Mahendra Baahubali, son of Mahishmati's king Amarendra Baahubali.

Baahubali: The Conclusion will hit the screens on April 28. The film will release in Tamil and Telugu and the Hindi version will be presented by Karan Johar' Dharma Productions. It has already made a pre-release business of over Rs 500 crore through its distribution and satellite rights.