Baaghi 2 Box Office: On Monday, the movie collected Rs 12 crores at the ticket counters, pushing a score of Rs 73 crores to 85 crores 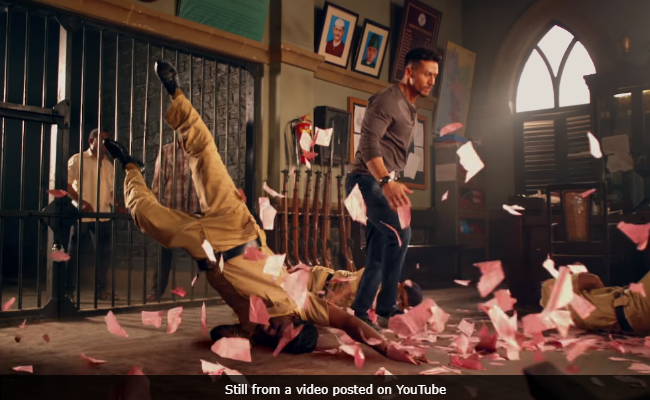 New Delhi: After recording the second highest opening weekend of 2018, Tiger Shroff and Disha Patani's new film Baaghi 2 has now scored double digits on its first Monday. Baaghi 2's score on the box office report card currently is Rs 85 crores and counting, reported trade analyst Taran Adarsh. On Monday, the movie collected as much as Rs 12 crores at the ticket counters, pushing a score of Rs 73 crores to the current figure. Mr Adarsh also points out that Baaghi 2 witnessed great footfall despite the Bharat Bandh called by Dalit groups. He also predicted that scoring 100 crore at the box office is not too far for Baaghi 2.

On Friday, Baaghi 2 beat "Padmaavat"'s opening day collections to score the highest Day 1 collection of 2018. With Rs 73 crores on it's opening weekend, it ranked only second to the Sanjay Leela Bhansali film, which had made Rs 114 crores on the first weekend.

Promoted
Listen to the latest songs, only on JioSaavn.com
Earlier this week, Mr Adarsh cited the example of Baaghi 2, which opened to poor reviews, to say this: "#Baaghi2 hammers the fact that well-made action/masala entertainers will never go out of vogue."

The MIND-BOGGLING Day 1 biz of #TigerZindaHai [Dec 2017] and #Baaghi2 hammers the fact that well-made action/masala entertainers will never go out of vogue... The genre worked big time in the past, it continues to attract massive footfalls to this date.