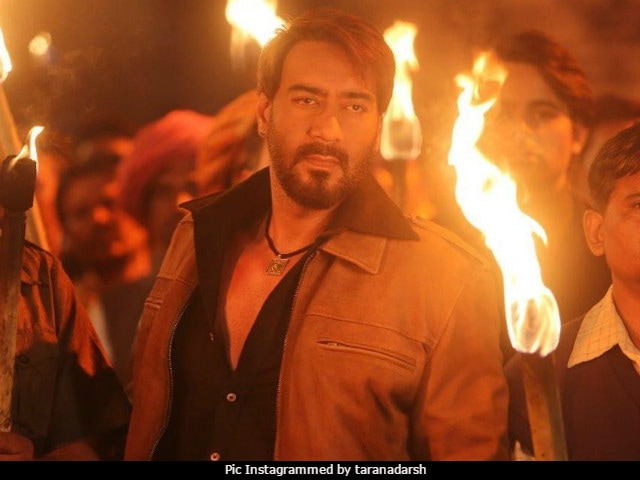 Baadshaho Box Office: A still from the movie (courtesy taranadarsh)

New Delhi: Ajay Devgn's new film Baadshaho continues its 'steady' run at the box office and has managed a total score of Rs 60.54 crores in six days, reports trade analyst Taran Adarsh. The heist drama previously recorded brilliant numbers at the ticket counters, scoring above Rs 15 crore on each of the days over the weekend. Baadshaho opened to make Rs 12.60 crore on Friday. However, the movie's box office collections witnessed a downward curve after it entered its first week. Monday, Tuesday and Wednesday brought in ticket sales figures like Rs 6.82 crore, Rs 6.12 crore and Rs 4.30 crore respectively.

Earlier, sharing an evaluation of Baadshaho's progress at the box office, Mr Adarsh had tweeted: "Baadshaho is STEADY in mass circuits." This is what he tweeted on Thursday:

Promoted
Listen to the latest songs, only on JioSaavn.com
Directed by Milan Luthria, Baadshaho also casts names like Emraaan Hashmi, Ileana D'Cruz, Esha Gupta, Vidyut Jammwal and Sanjay Mishra in key roles. In his review for NDTV, Saibal Chatterjee writes: "Sadly, there are too many others in the cast who are swept away by this sandstorm of a movie. The two actresses get the shortest shrift, if not in terms of footage, certainly with regard to what the plot permits them to be. They are pretty mannequins and just as lifeless. Ajay Devgn, whose entry scene takes one's breath away with its utterly nonsensical excess, merely goes through the motions."

On Friday, Baadshaho released along with Ayushmann Khurrana and Bhumi Pednekar's Shubh Mangal Saavdhan, a movie which has made Rs 21.96 crore so far, as reported by Mr Adarsh.