Ajay Devgn's Baadshaho Is Set To Release In Pakistan This Friday

"With Punjab Nahi Jaungi and Na Maloom Afraad 2 films capturing all the screens, there was obviously no sense in releasing Baadshaho," a well-known film distributor said 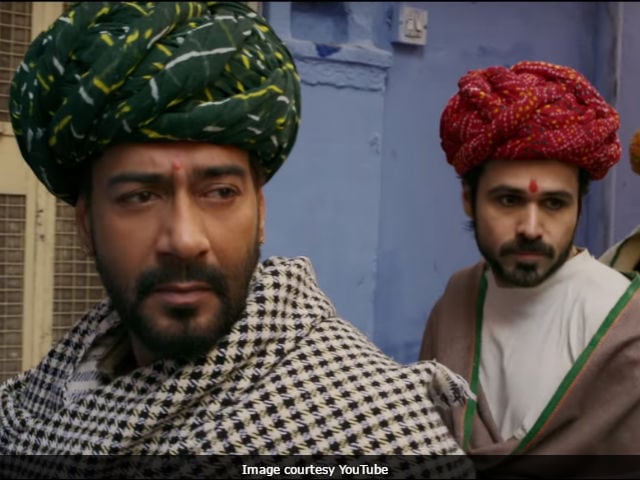 Ajay Devgn in a still from Baadshaho (courtesy YouTube)

Karachi: Ajay Devgn's Baadshaho is set to release in Pakistan tomorrow, after it was delayed to avoid competition with domestic movies that hit the screens during Eid holidays. The Ajay Devgn-Ileana D'Cruz starrer was due to be released here on September 1. Film industry sources said that the Pakistani filmmakers pressured the distributors and exhibitors not to release any big-budget Indian movie during Eid, when most of the big Pakistani films were set for their release.

"To ensure that there was no competition for two big Pakistani films, Punjab Nahi Jaungi and Na Maloom Afraad 2, no screen was allocated for Baadshaho," an insider said. He said Punjab Nahi Jaungi was released in 1,200 screens while Na Maloom Afraad 2 opened in 1,500 screens on Eid. "With these two films capturing all the screens, there was obviously no sense in releasing Baadshaho," a well-known film distributor said.

The decision to delay the release of the Milan Luthria-directed film has resulted in good business for both the Pakistani films.

Punjab Nahi Jaungi earned around Rs 5.3 crores on the first two Eid holidays, while Na Maloom Afraad 2 box office collections for first two days stood at Rs 6.10 crores. "For the first time, both the Pakistani films got a worldwide release and did good business too," the distributor said.

Both the movies are expected to touch the Rs 20 crore-mark in their first-week collections. In June on Eid-ul-Fitr, some influential Pakistani filmmakers blocked the release of the Salman Khan-starrer, Tubelight in Pakistani cinema halls, fearing they would lose out on big business.

Promoted
Listen to the latest songs, only on JioSaavn.com
Baadshaho released in India last Friday.