"I love him (Rajkummar) as a person and an actor. I was the one who suggested his name for the character. His role is more author-backed than mine," said Ayushmann Khurrana 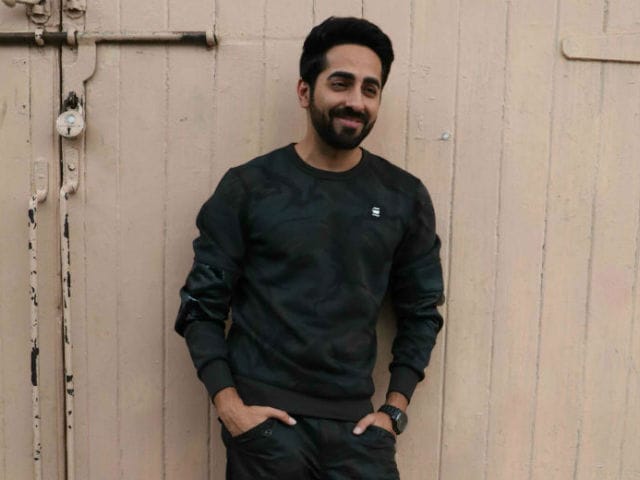 New Delhi: Actor Ayushmann Khurrana , whose film Bareilly Ki Barfi released in theatres on Friday, told news agency PTI that it is okay to be a part of a two-hero film if the script is good. In Ashwiny Iyer Tiwari's Bareilly Ki Barfi, the 32-year-old actor co-stars with Kriti Sanon and Rajkkumar Rao. "I've never done a two-hero film and it's okay to do it. In Vicky Donor, Anu Kapoor, I thought, had a more author-backed role than me. But he wasn't my contemporary, Rajkummar is. But if the script is good, then why not. Once in a while, it's good to do a two hero film," PTI quoted Ayushmann as saying.

The Nautanki Saala actor also revealed that he had suggested Rajkummar Rao's name for the role of Pritam Vidrohi in the film.

"I love him (Rajkummar) as a person and an actor. I was the one who suggested his name for the character. His role is more author-backed than mine. I knew he will get all the good reviews for acting in the film," Ayushmann told PTI.

"I won't be surprised if they say 'he stole the show' because his role is like that, transition from a meek to an aggressive guy. I trigger that change but he is doing it," he added.

Ayushmann Khurrana also said that Rajkummar is a 'versatile actor.'

"I've always looked up to Rajkummar because he is so versatile. He changes so much in every film, which isn't easy. He has brought this film (Bareilly Ki Barfi) to another level. Selfishly, I feel you should have great actors as eventually, if a film succeeds, everyone wins," PTI quoted Ayushmann as saying.

"We are similar in a way but the kind of films we've done are slightly different. He has done mostly alternate cinema, I've done a mix of both. My films are somewhere in between good commercial success and are also content-based," he added.

After Bareilly Ki Barfi, Ayushmann Khurrana will be seen in R S Prasanna's Shubh Mangal Saavdhan, co-starring Bhumi Pednekar. The film is slated to release on September 1. He is also currently busy filming Shoot the Piano Player, which is being directed by Sriram Raghavan.