Ayushmann Khurrana On The 'Strangest' Thing About AndhaDhun

"It's an entertaining and quirky film because in every other scene, you will get to see some thrilling and exciting," said Ayushmann Khurrana 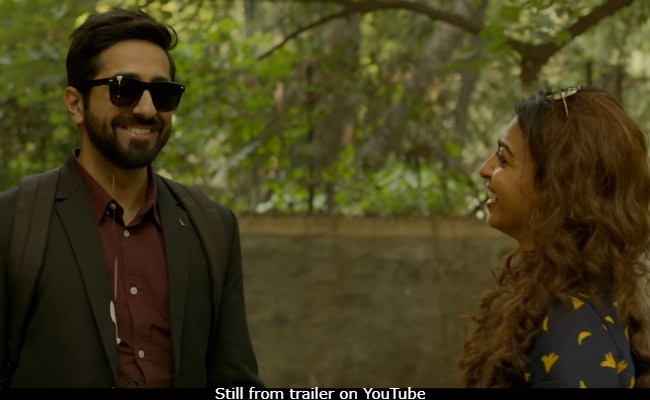 Ayushmann Khurrana features in an interesting role in the upcoming movie AndhaDhun - the 34-year-old actor will soon be seen playing a visually challenged pianist in the film, which is a murder mystery. In a recent interaction with news agency IANS, Ayushmann revealed the "strangest" thing about the film's plot: "Being a blind man, I have witnessed a murder and that's the strangest thing about this film and that's how story of the film progresses," IANS quoted Ayushmann as saying. "It's an entertaining and quirky film because in every other scene, you will get to see some thrilling and exciting stuff and that is the specialty of the film," he added.

The trailer of the film reveals Ayushmann finds the love of his life in Radhika Apte, whose restaurant he is employed as the designated musician. Tabu, who plays a mysterious middle-aged wife in the film, is the third important character. She creates havoc the otherwise peaceful life of the lovebirds. "In the trailer we have shown that each artist has his secret so, after watching the film you will get to know about his secret," said Ayushmann.

Meanwhile, here's how Ayushmann prepped for his role in the movie: "I think I haven't been part of such a difficult script and I haven't played such a difficult character in any of my films yet. I visited a blind school for three months and also learned to play the piano for as long."

When asked why Team AndhaDhun have stayed away from promoting the film rigorously, Ayushmann reasoned: "I think this film's genre is such that you can't talk much about it. It's a suspense thriller and everyone is asking me whether I am really a blind man in the film or not. It was our strategy to not promote this film as a regular one."

Directed by Sriram Raghavan, AndhaDhun is all set to hit screens on October 5.