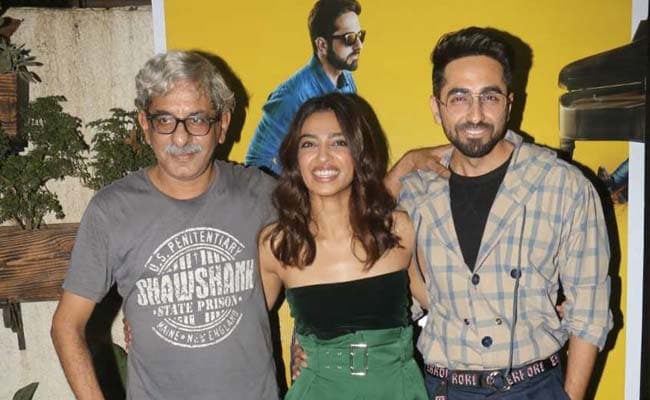 Several Bollywood celebrities reviewed Ayushmann Khurrana and Radhika Apte's thriller AndhaDhun. Vicky Kaushal described the film as Ayushmann's best performance of his career and tweeted: "Brother Ayushmann Khurrana delivers his career best. What joy to watch a performance like this one! Radhika Apte is Kamaal. Manav Vij Phaaji jhappiyaan twahnu... and Tabu Ma'am you are a Goddess, you are in a league of your own." It wasn't just Vicky Kaushal, who seemed impressed with the film, Ayushmann's Dum Laga Ke Hisha and Shubh Mangal Saavdhan co-star Bhumi Pednekar too was all praises for the movie. Bhumi described the film as "nuts, crazy, thrilling and brilliant" and wrote: Sriram Raghavan sir you're the coolest genius filmmaker we have. Tabu Ma'am, OMG! you're so amazing, an institution. Mere pyaare Ayushmann, wow buddy. So happy and proud, Radhika Apte well done."

Brother @ayushmannk delivers his career best. What joy to watch a performance like this one! @radhika_apte KAMAAL. @manavvij Phaaji jhappiyaan twahnu... AND @tabuism Ma'm you are a Goddess, you are in a league of your own #AndhaDhun

This is what Bhumi Pednekar tweeted:

That's not it! Actor Kartik Aaryan, too was all praises for the movie. The actor summed up the movie in a word- wow and added, "What a film!" Sriram Raghavan Sir is a genius."

#Andhadhun is just Wow
Funny intriguing thrilling !!
What a film... #SriramRaghavan sir is a Genius !!@tabuism@ayushmannk@radhika_apte
Brilliance
What a year this has been for films

The list of admirers didn't just end there. Apart from Bollywood actors, Dhahdak director Shashank Khaitan reviewed the film. He tweeted: "Andhadhunis the most brilliant film ever ... it is just genius storytelling ... it is thrilling, full of suspense and supremely funny ... its cinema at its best ... loved it ... Sriram Raghavan thank you for this ...Ayushmann, Tabu and Radhika.. are all brilliant."

#Andhadhun is the most brilliant film ever ... its just genius storytelling ... its thrilling, full of suspense and supremely funny ... its cinema at its best ... love love loved it ... #SriramRaghavan thank you for this ... @ayushmannk@tabuism@radhika_apte are all brilliant...

This is what Hansal Mehta had to say about the thriller.

#AndhaDhun is a cracker of a film by a maestro. This is vintage #SriramRaghavan with quirky characters, unexpected humour and many twists in the tale. @tabuism is superlative. @ayushmannk this is your best work to date. #AnilDhawan is genius casting. @radhika_apte is so apt

AndhaDhunwill open in theaters on October 5 but a special screening of the film was organized in Mumbai on Monday, which was attended by several Bollywood celebs. Check out the pictures from the screening here: 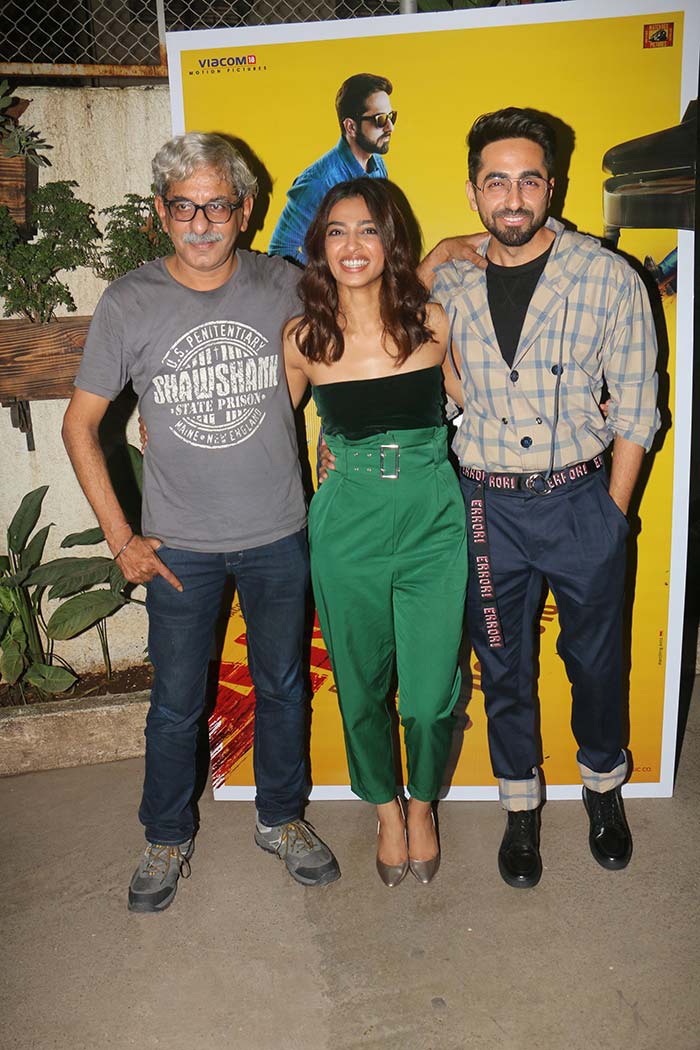 Sriram Raghavan, Radhika Apte and Ayushmann Khurrana at the screening. 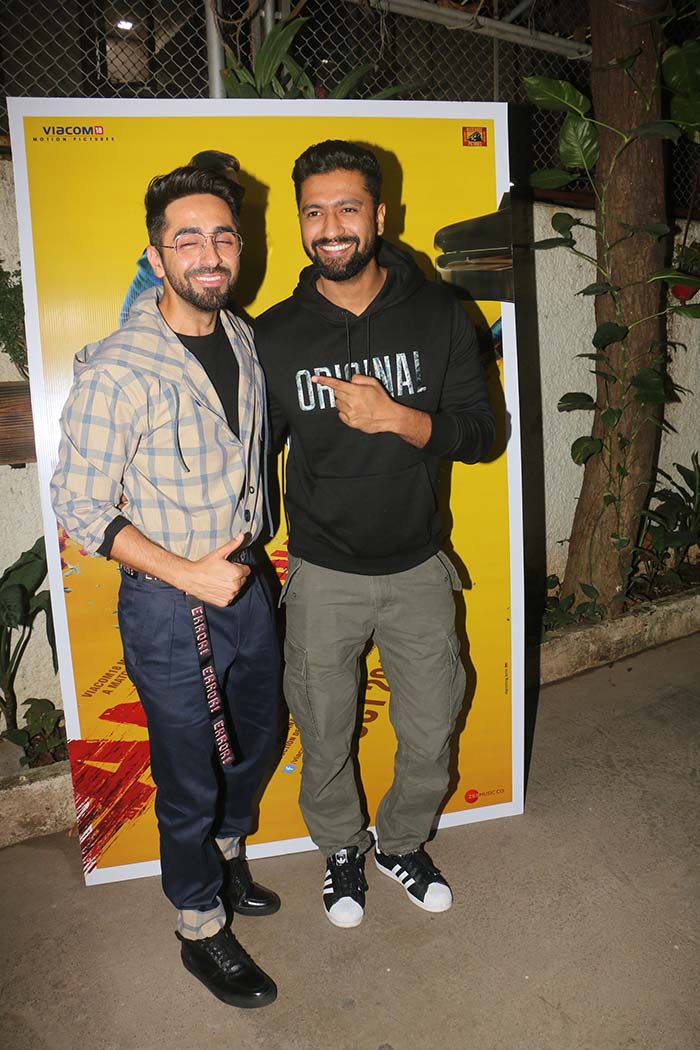 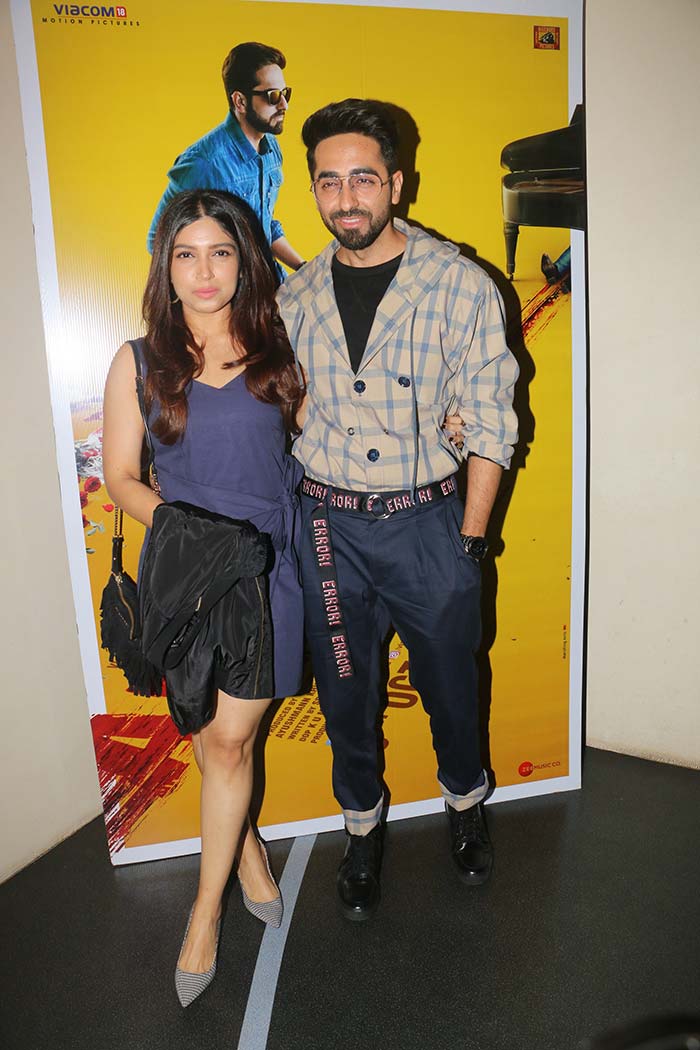 Huma Qureshi couldn't attend the screening of AndhaDhun, so here's what she tweeted:

AndhaDhunis a thriller directed by Sriram Raghavan, in which Ayushmann Khurrana plays the role of a visually impaired pianist.