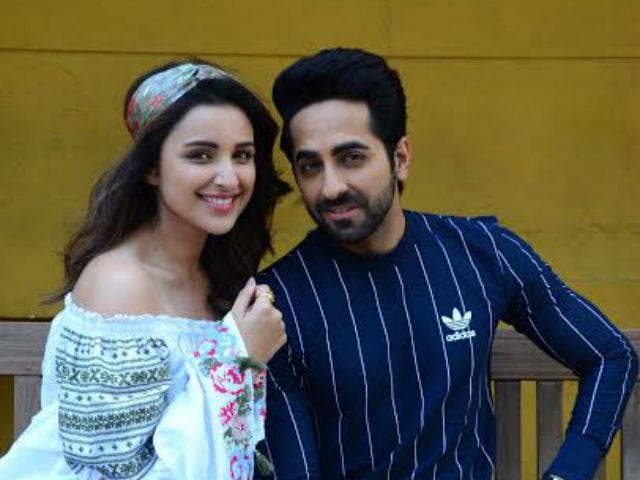 New Delhi: Ayushmann Khurrana and Parineeti Chopra are busy promoting their film Meri Pyaari Bindu. The 32-year-old actor shared a video on Instagram in which the duo can be seen dancing to the song Gazab Ka Hai Din from the super-hit film Qayamat Se Qayamat Tak starring Aamir Khan and Juhi Chawla. He captioned the video as: "Abhi and bindu @parineetichopra at marine drive. #behindthescenes #MeriPyaariBindu(sic)." On Saturday, the Meri Pyaari Bindu actors were caught chilling between film's promotions. In the video posted by the Bewakoofiyaan actor, he can be seen singing the song Aaj Jaane Ki Zid Na Karo with Parineeti Chopra.

See the videos posted by Ayushmann Khurrana below

Meri Pyaari Bindu features Parineeti Chopra as an aspiring singer, Bindu and Ayushmann Khurranna as a Bengali author, Abhimanyu Roy. The film, directed by Akshay Roy, has been shot in Kolkata and is scheduled to release in theatres on May 12.

Promoted
Listen to the latest songs, only on JioSaavn.com
On Friday, Ayushmann Khurrana finished shooting for Aanand L Rai's Shubh Mangal Savdhan, co-starring Bhumi Pednekar. The film is slated to release in theatres on September 1. He will also feature in Bareilly Ki Barfi, directed by Ashwiny Iyer Tiwari. The film, which is slated to release in theatres on July 21, also stars Rajkummar Rao and Kriti Sanon in lead roles.