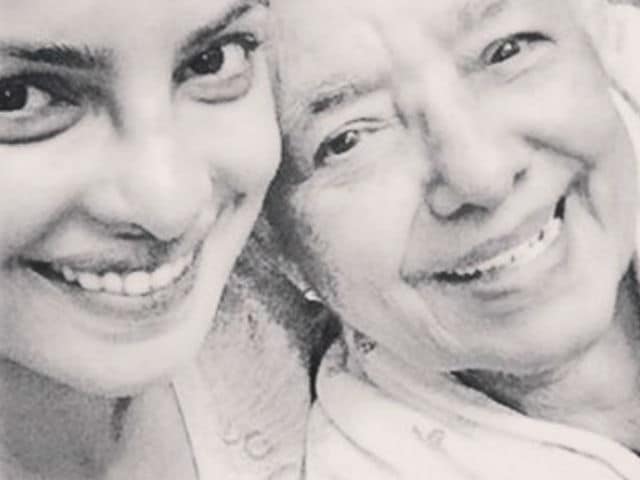 This image was posted on Instagram by Priyanka Chopra.

Kerala: An unkept and neglected graveyard in Kerala's famous Kumarakom is where actress Priyanka Chopra's grandmother Mary John Akhouri had to be buried on Sunday, 45 kms away from her home church. It was against her last wish of wanting to be buried at the same church as she was baptised in - which her father had helped to design. This is something which the grieving family is yet to come to terms with.

"The act of church was awful. But we should not concentrate on it. Rather we should look that we lost a family member," said Priyanka Chopra, speaking to ANI in Patna.

The church refused to bury Mrs Akhouri, citing her marriage to a Hindu as a major impediment and that according to rules, one has to apply for re-membership in written, which the family didn't.

Talking to NDTV, Mrs Akhouri's cousin Elias Kavalappara said, "She had confessed and even taken communion in this church two years back. I don't see any reason why she should be denied her last wish. I am not going to take this lying down. This is the 21st century, not some dark age."

Another family member, George, said, "Priyanka was raised by this grandmother. The two were very close."

Inside the St John's Attamangalam church, a rare painting by Raja Ravi Varma himself is one of its prized possessions. It was gifted by Mrs Akhouri's family. But she couldn't find a place to rest beside her father, in the church cemetery.

Church trustee Abraham PV told NDTV, "We could not bury her because after her marriage she lived like a non Christian - like a Hindu. After that she never came back to join us again. If she had given us a petition while she was alive, we would have done everything we could but we can't help in this after her death."

However, family members say she didn't stop going to church after marriage.

Priyanka Chopra posted this photo on Instagram in memory of her grandmother.

I will always remember you with that big smile on your face and the shine in your eyes.. Rest in Peace Nani . We love you.