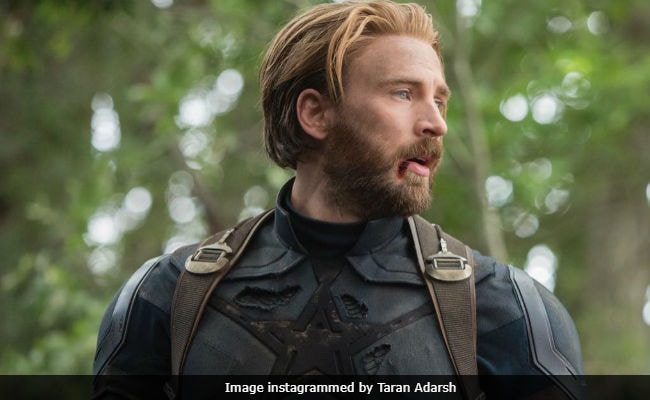 New Delhi: Avengers: Infinity War's collection declined on Wednesday by a significant amount yet managed to collect Rs 11 crore on the penultimate day of its first week. "Avengers: Infinity War witnesses its first noticeable decline on Wednesday, yet the business is in double digits," tweeted trade analyst Taran Adarsh. The latest Marvel-Disney film has collected Rs 188 crore as of Wednesday. The film had the highest opening weekend in India (at Rs 94 crore) and in its home country ($250 million). Avengers: Infinity War which brought together 24 superheroes to fight one villain, was made on a budget of $300 million by directors Joe and Anthony Russo.

At home, Infinity War has collected over $300 million and internationally the film's made over $500 million as of Tuesday, as per The Hollywood Reporter. In fact, the report stated that the superhero ensemble film has "tied with Star Wars: Force Awakens to become the fastest film in history to hit the $300 million mark in North America". Earlier, Infinity Warbroke Force Awakens' opening weekend record by a few millions.

Avengers: Infinity War brings together the Avengers, Guardians of the Galaxy, Doctor Strange against Thanos, who threatens to eliminate half the existence. Over 20 superheroes fight Thanos and his army with the aim to stop him from collecting all six infinity stones, which will make him powerful enough to execute his evil plans with a "snap of his fingers."
Comments
avengers infinity war successinfinity war collection