Avengers: Infinity War Box Office: Within two weeks of its release, has become the first Hollywood film in India to cruise past Rs 200 crore 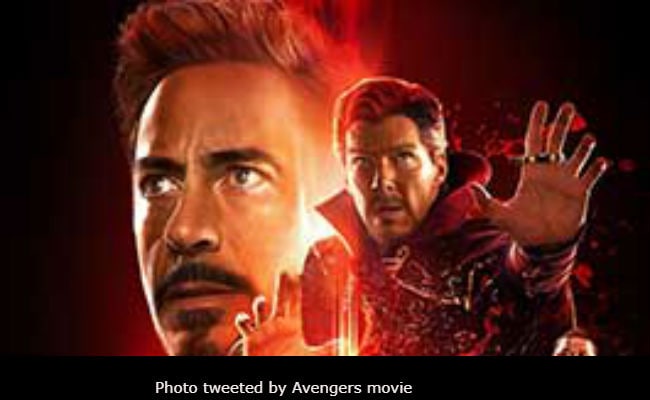 A still from the Avengers: Infinity War movie (Courtesy Avengers)

The Top 2 HIGHEST GROSSING Hollywood films in India - #AvengersInfinityWar and #TheJungleBook - have a commonality... Disney India... That's a standout achievement!

Avengers: Infinity War opened to a whopping collection of Rs 30 crore, making it 2018's biggest opening in India. Trade pundits had predicted phenomenal collections for the film and much like their predictions, the film continues to do rake in brilliant numbers. "Infinity War has a must-see factor built on the concept of bringing together of an almost unimaginable array of top Marvel characters in one enormous cinematic extravaganza," a ComScore analyst had said. The latest Marvel franchise is a treat for superhero fans as it brings together the superheroes of The Avengers, Doctor Strange and Guardians Of The Galaxy.

Promoted
Listen to the latest songs, only on JioSaavn.com
To celebrate the grand success of the Avengers: Infinity War, the cast of the film got matching tattoos recently. Robert Downey Jr. (Iron Man), Chris Hemsworth (Thor), Scarlett Johansson (Black Widow), Chris Evans (Captain America) and Jeremy Renner (Hawkeye) have got similar tattoos (which the team's logo), photos of which have been shared by Robert Downey on Instagram.

@avengers part 1... They say it's better to give than to receive ... @joshualord and #dj credit @jimmy_rich

After several Avenger heroes turned to dust as Thanos snapped his fingures, fans are now eagerly awaiting the release of Avengers 4 in the hope to see resurrected superheros.