Avengers: Endgame - Why Captain America's Farewell Is So Special To The Writers 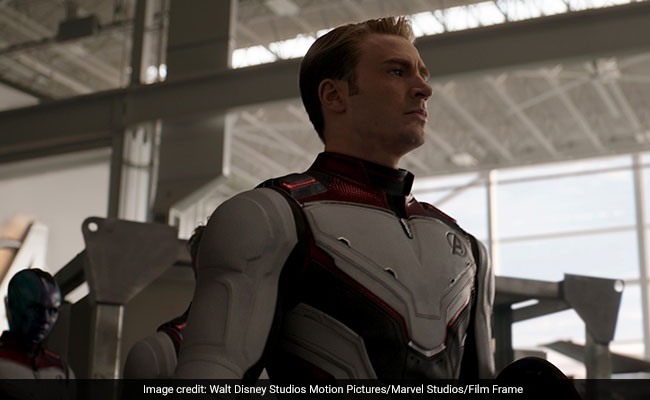 For Avengers: Endgame, the blockbuster capstone to more than a decade of Marvel Studios movies, Christopher Markus and Stephen McFeely scripted the narrative threads for scores of superheroes - a feat of story orchestration that requires an intimate understanding of a chorus of characters. Yet even after writing for everyone from Iron Man to Captain Marvel, the screenwriting duo remains true to the focus of their first Marvel cinematic project: Captain America.

It was about a decade ago when Markus and McFeely began writing Captain America: The First Avenger, which dramatized how undersize Steve Rogers became a World War II super-soldier, thanks to grit, moxie and the Army's experiment with "super serum." The writing team embraced adapting the star-spangled hero, who was created by another creative duo - Joe Simon and Jack Kirby - shortly before U.S. involvement in World War II.

Across five films, Markus and McFeely constructed intriguing moral conflicts for Cap, the throwback, cynical-free character who is the Avengers' straightest arrow.

"He is steadfast where society is very gray and very mutable," Markus says. "And so the fascination has always been: How hard is it to stand up for these things he believes in - in the face of reality? Reality is a pretty tough thing to stand literally against."

Markus says such fiercely "good" types in cinematic history fascinate him: Characters such as Atticus Finch in To Kill A Mockingbird or Eliot Ness in The Untouchables.

McFeely shares that sensibility. "Chris and I figured early on with Cap that we would be betraying his character if we made him anything other than a forthright, stand-up character," he says.

The screenwriters wrote Steve Rogers as a hero who increasingly influences other people across his long arc.

"He changes a lot of minds in the first movie," McFeely says. Then in the first sequel, "The Winter Soldier," "it gets even more obvious that he's changing the world around him."

With Endgame, the screenwriters found Cap - as played throughout his MCU run by Chris Evans - to be the most compelling character to script. The new film, which officially opens Friday, has added poignancy because Evans has said it is his final Avengers movie.

"He's never come up against the kind of defeat as he did at the end of Infinity War, " says Markus, referring to last year's "Avengers" cliffhanger that set up the cataclysmic events of Endgame.

"It's pretty gratifying and fascinating to see him grapple with that," he continues. "And to see that with the four preceding films that we've done on him - that everything he's done has led to this: sitting in the dirt saying, 'What have I done?' What does he do with that?"

Markus and McFeely had no idea when they met in the mid-1990s, in a graduate writing program at the University of California at Davis, that their future would be in adapting classic superhero comics. While some classmates focused on completing their novels and short stories, they decided to give Hollywood a try.

"About halfway through that first (school) year, it came upon us that: Oh, you can write for Hollywood and get paid money," McFeely says.

So they made themselves a promise: If their Hollywood writing careers gained no traction by the time they turned 30, they would shake hands and go lead other lives.

In 2004, though, they did Emmy-winning work for "The Life and Death of Peter Sellers," then landed work writing for the "Chronicles of Narnia" film franchise - which led them to getting hired to write for Marvel Studios, as guided by its architect/president Kevin Feige.

Markus and McFeely have worked on their past four Avengers-universe movies with sibling directors Anthony and Joe Russo. Praising the creative culture surrounding the films, the screenwriters say they appreciated the democratic approach: The best idea wins.

"They're incredibly collaborative - it's not a dictatorial relationship in any way," Markus says of the directors. "There's two of us and two of them, and it becomes a democratic roundtable way of creating."

Then there is the special perch of getting to write works that are embraced, scrutinized and deconstructed by millions of fans the globe over. The screenwriters relish these unusual opportunities to be under the pop-culture microscope.

Says Markus: "To have that many eyeballs - even if they're getting ready to tell you that they don't like what you've done - is incredibly rare."

(Except for the headline, this story has not been edited by NDTV staff and is published from a syndicated feed.)
Comments
captain americaavengers endgame