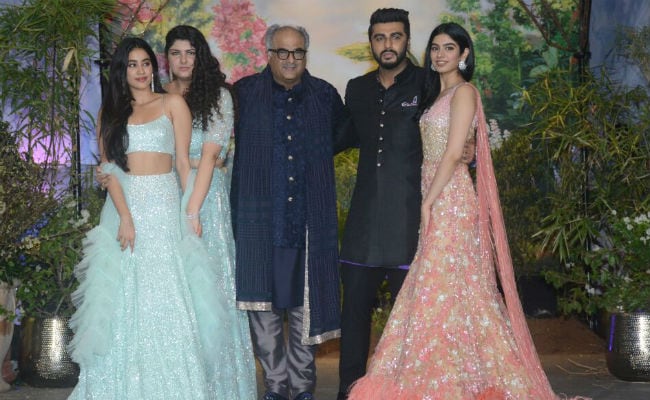 New Delhi: Anshula Kapoor shared a glimpse of a mini-Kapoor fam-jam during the grand Kapoor gathering at Sonam Kapoor and Anand Ahuja's reception. In Anshula's post, filmmaker Boney Kapoor posed with his four children - Janhvi, Khushi, Arjun and Anshula. The family of five was all smiles and laughed heartily as the photographer clicked pictures. Anshula shared two more photos of herself one each with Khushi and Janhvi, who is set for her Bollywood debut come July. Both, Janhvi and Khushi wore Manish Malhotra outfits. Take a look at Anshula's adorable posts which have gripped the Internet.

We have another picture to add to that collection - Arjun with his three sisters. 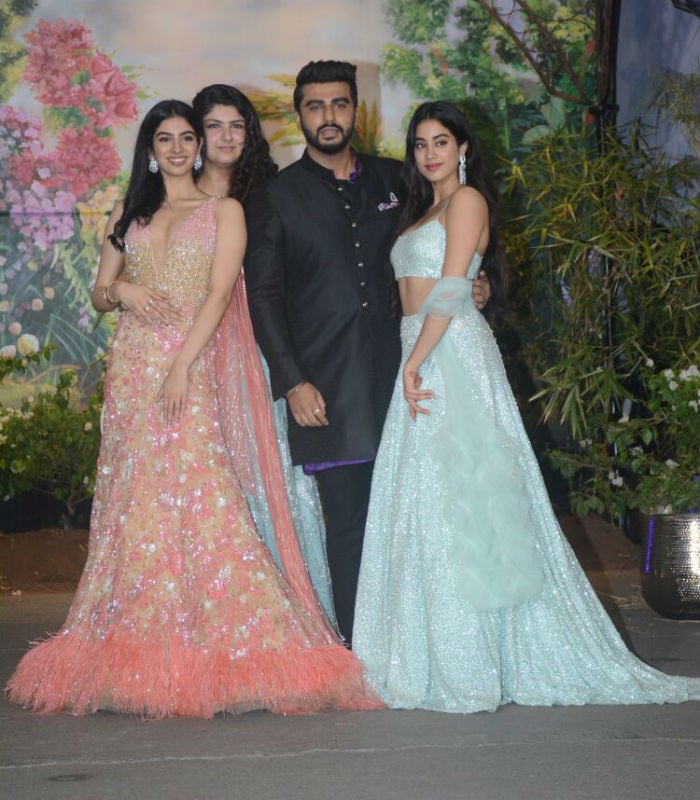 Arjun Kapoor and Anshula are Boney Kapoor's children with Mona Shourie. The filmmaker divorced her in 1996 to marry Sridevi, whose children are Janhvi and Khushi. Arjun is six-years-old in the film industry while Janhvi is making her Bollywood debut in Dhadak. There's no word about Anshula or Khushi's entry to Bollywood.

Anshula joined a group dance with her cousins and Sonam's friends.

Promoted
Listen to the latest songs, only on JioSaavn.com
Take a look:

To sum up, it was a grand wedding reception for Sonam Kapoor and Anand Ahuja.