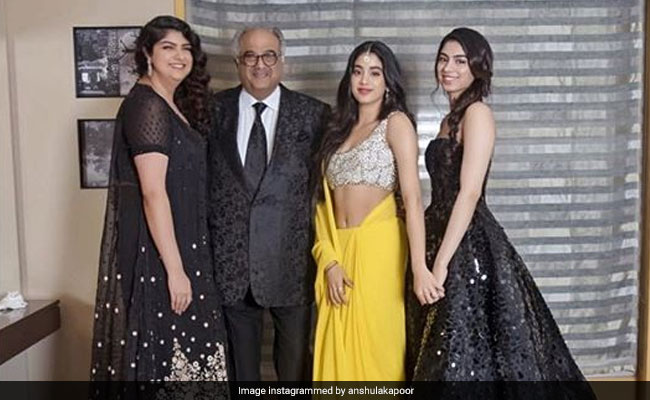 Deepika Padukone and Ranveer Singh's Mumbai reception made way for a mini fam-jam for the Kapoors. Boney Kapoor's children - Janhvi, Khushi, Anshula and Arjun Kapoor - were all in attendance and made for some brilliant family portraits, which they shared on their respective social media profiles. Anil Kapoor, who joined the party with his younger daughter Rhea Kapoor, must have missed Sonam Kapoor by his side. Rhea Kapoor also joined her cousins for a family portrait, which she later posted with one word for a caption that reads: "Gang." Anshula had a more apt description for her family album. "Fam jam," she wrote. Arjun and Anshula are Boney Kapoor's children with his first wife Mona while Janhvi and Khushi are his daughters with Sridevi.

Rhea Kapoor's rumoured boyfriend Karan Boolani also joined the Kapoor cousins for their personal photoshoot. And looks like, Boney Kapoor shared an inside-joke-moment with just his daughters. Bet these photos will remind you of the Kapoor family photos clicked at Sonam Kapoor's wedding earlier this year.

Here's a closer look at Janhvi, Khushi and Anshula from Saturday's party: 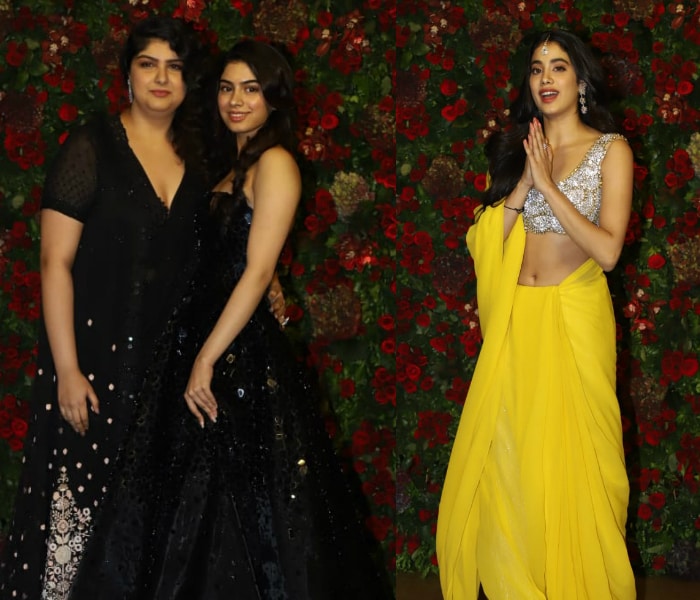 Sonam Kapoor's big fat wedding in May wrapped with a blockbuster reception party in Mumbai, which made way for several new entries, featuring Janhvi and Khushi, on Anshula's Instagram. But our personal favourite is the one in which Boney Kapoor poses with his four children.

Sonam Kapoor, who was really missed, currently appears to be in London with husband Anand Ahuja.

What an amazing two days @imranamed it was so inspiring to be surrounded by such diverse yet like minded people. This weekend has inspired many of us and encouraged many of us and most of all given us all hope that we all can make a difference just with our voices. Thank you for having Anand and I. We loved every second of it. #BoFVOICES @bof

Ranveer and Deepika wrapped their wedding festivities with Saturday's reception party. Here's how stunning they looked:

Apart from the Kapoors, Deepika and Ranveer's Mumbai reception was attended by the creme-de-la-creme of Bollywood. While Amitabh Bachchan joined the party with Aishwarya, Shweta and Jaya Bachchan, Shah Rukh Khan made a late check-in to the party. Anushka Sharma, Katrina Kaif, Rani Mukerji, Jacqueline Fernandez, Sara Ali Khan, Kareena Kapoor, among others, turned up in the heat in their fashionable best.