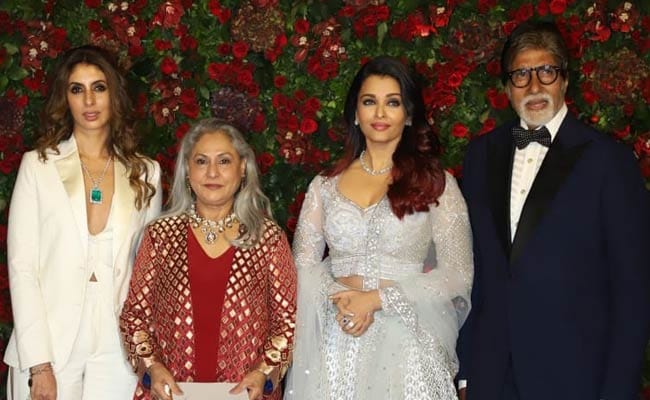 The creme de la creme of Bollywood put their most fashionable foot forward to congratulate Deepika Padukone and Ranveer Singh during their wedding reception in Grand Hyatt, Mumbai on Saturday. The Bachchan family lead the celeb roll call at the party. Amitabh Bachchan was accompanied by his wife Jaya Bachchan, daughter Shweta and daughter-in-law Aishwarya Rai Bachchan, who arrived minus Abhishek. Shah Rukh Khan, who arrived solo at the reception-was dressed in a fairly formal manner. Invitees included Bollywood A-listers such as Kareena Kapoor, who was accompanied by husband Saif Ali Khan, Katrina Kaif, Anushka Sharma, Jacqueline Fernandez and veteran actresses Rekha and Hema Malini among others. Besides the members of film fraternity, the reception's guest list also included the Ambanis, Sachin Tendulkar, M S Dhoni, Hardik Pandya and others.

Here are the pictures from the starry event: The Bachchans at the reception.

Shah Rukh Khan, who was Deepika's co-star in her debut film Om Shanti Om, wouldn't have missed the reception for the world. Shah Rukh Khan at the reception. 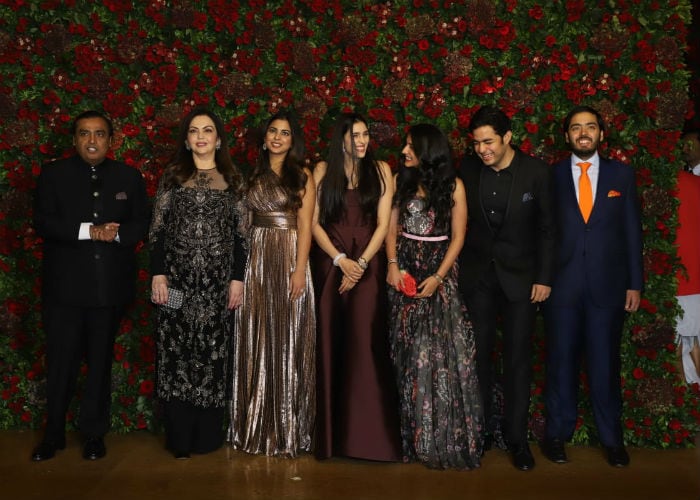 The Ambanis at the party.

The dress code for the ladies, veered between flowy gowns to pastel sarees - with Kareena Kapoor, Anushka Sharma and Aditi Rao Hydari dressed in embellished gowns, while Jacqueline Fernandez and Katrina Kaif opted for pastel sarees. 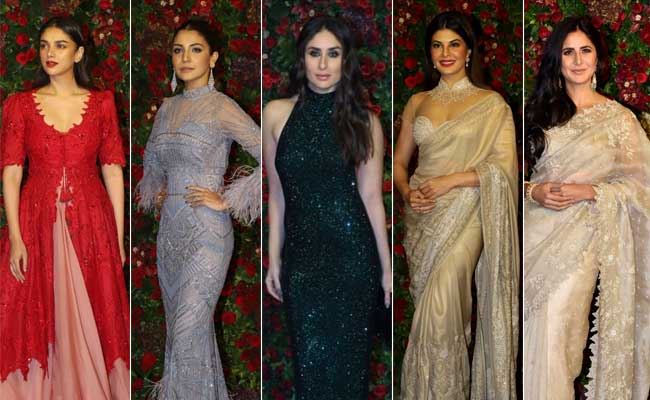 Janhvi Kapoor's yellow saree reminded us of her mother's look from Chandini. The other Kapoor sisters- Anshula and Khushi were seen twinning in black. Student Of The Year 2 co-stars Tara Sutaria and Ananya Panday also opted for pastel coloured outfits. Ranveer's Simmba co-star Sara Ali Khan was a vision to behold in a white dress. 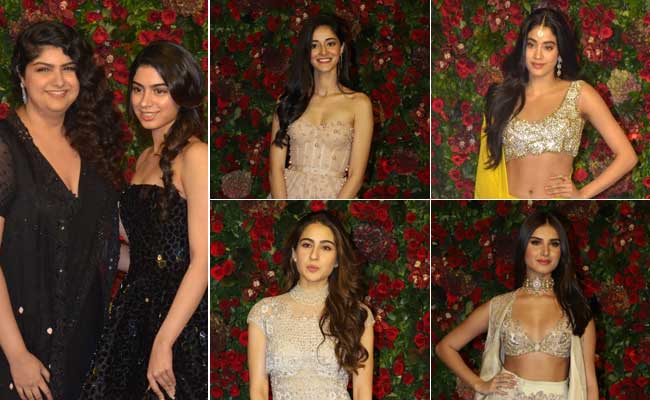 Rohit Shetty, who has directed Ranveer in Simmba, Farah Khan, who has worked with Deepika in Om Shanti Om and Karan Johar, wouldn't have missed the couple's special night for the world. 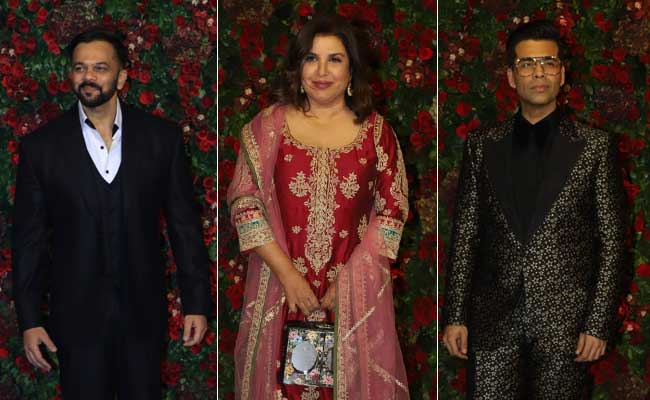 Directors Kabir Khan, Shashank Khaitan and Sanjay Leela Bhansali were also present. Sanjay Leela Bhansali, who has worked with the couple in films such as Padmaavat, Goliyon Ki Rasleela Ram-Leela and Bajirao Mastaani was photographed with veteran actress Rekha, who looked stunning as always. 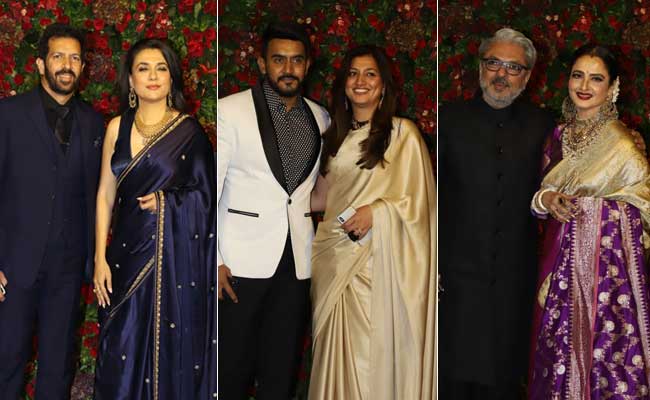 That's not it! The guest list also comprised Sachin Tendulkar, who arrived with his wife Anjali and their son Arjun. M S Dhoni's plus one for the night was his wife Sakhsi. Cricketer Hardik Pandya also received an invite. 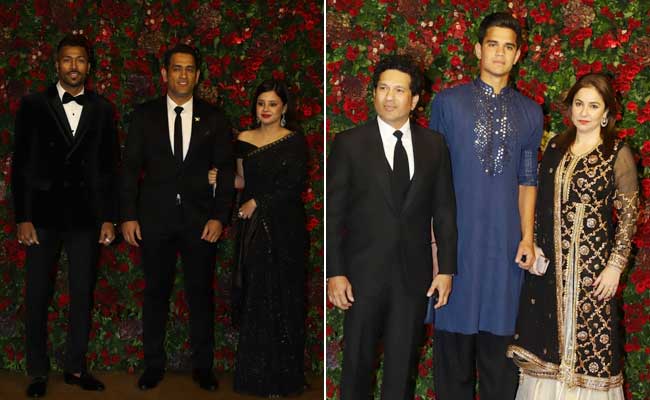 Most of the stars were accompanied by their respective partners. Sanjay Dutt was accompanied by wife Manyata. Actor Ayushmann Khurrana attended the reception with his wife Tahira Kashyap, so did rumoured couple Tiger Shroff and Disha Patani (twinning in white). Rumoured couple Shibani Dandekar and Farhan Akhtar were also there - yes, they came together. 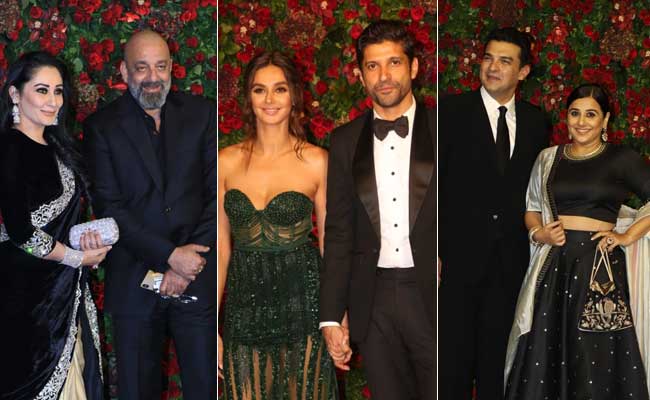 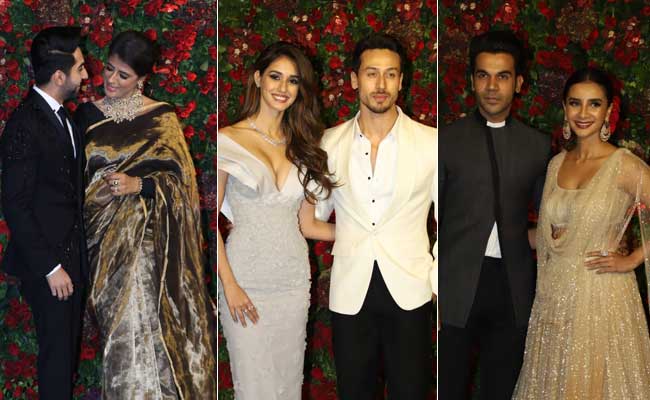 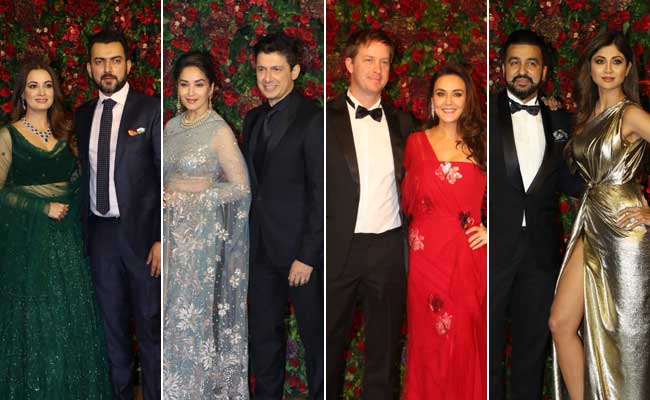 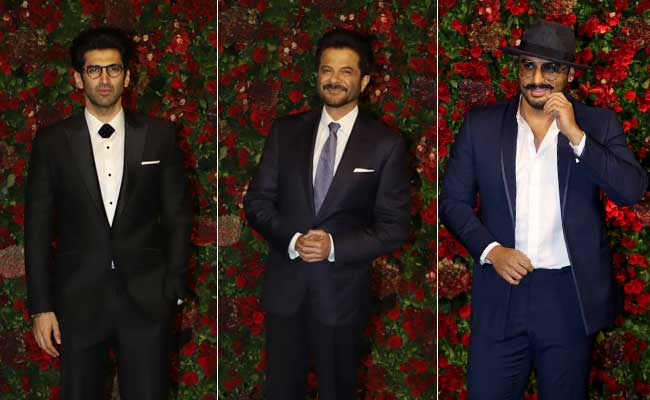 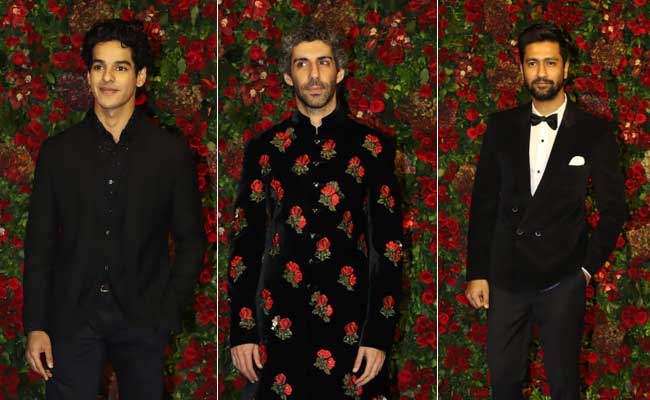 Here are more pictures from the reception: 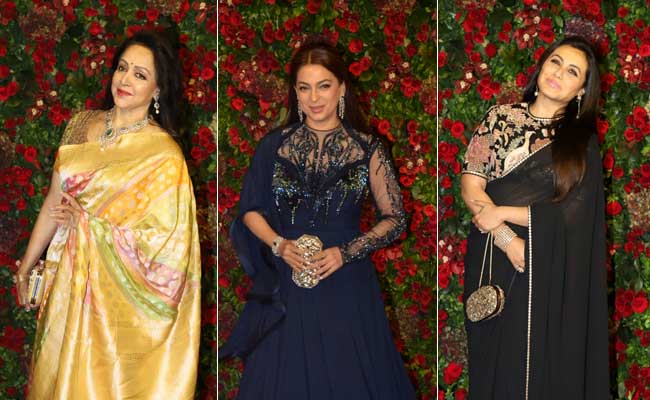 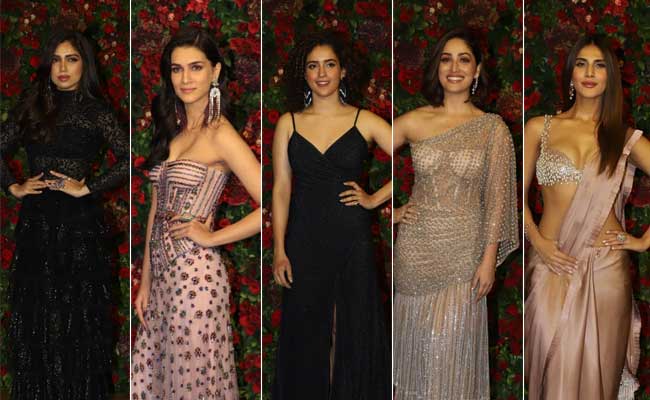 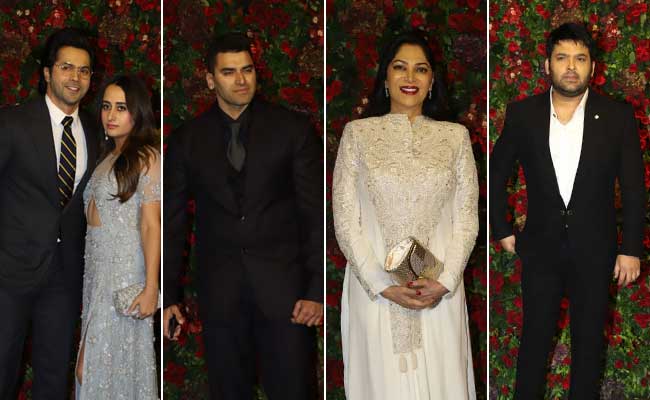 Deepika Padukone looked stunning in a red Zuhair Murad gown, while Ranveer Singh looked charming in a Rohit Gandhi + Rahul Khanna tuxedo. Ranveer accentuated his look with a pair of oversized glasses. Take a look at the pictures here: 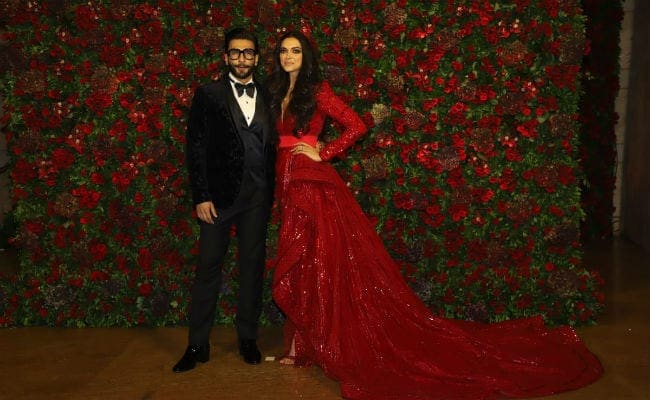 Ranveer Singh and Deepika Padukone at the reception.

Deepika Padukone and Ranveer Singh got married as per Konkani traditions in Italy on November 14 and the following day, the couple exchanged wedding vows as per Sindhi rituals. Deepika and Ranveer's attendees' list of their wedding festivities in Italy was restricted to family members only. Karan Johar brough it up more than once on his talk show Koffee With Karan 6.