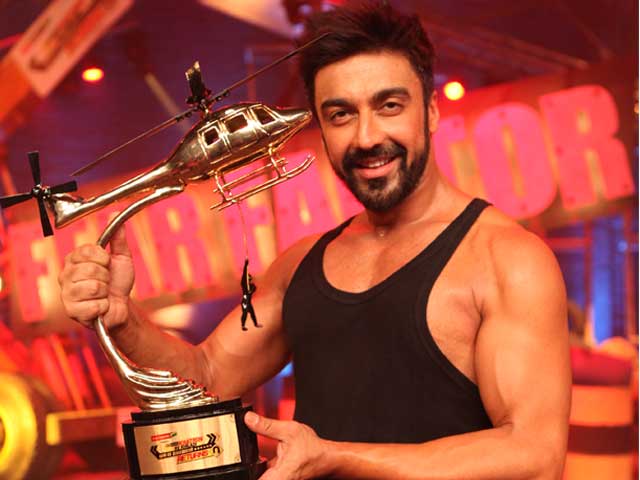 Fresh from his Khatron Ke Khiladi 6 win, actor Ashish Chowdhry wants to explore TV and is open to doing both fiction and reality shows.

The 36-year-old actor, best known for his comic performance in Dhamaal franchise, said he has got better offers on TV than in films right now.

"I took to TV after films because at the moment it gave me variable offers, very exciting roles, much better positioning, imaging, money, everything. I am happy what I am getting here and it is probably more lucrative than films.

The actor, who started his acting career on TV and got popular with 2001 show Hum Pardesi Ho Gaye, later starred in films like Qayamat: City Under Threat, Shaadi Ka Laddoo and Fight Club - Members Only, among others.

He returned to TV in 2013 with show Ek Mutthi Aasmaan.

Ashish said while signing Khatron Ke Khiladi- Darr Ka Blockbuster Returns, he knew he will be questioned by many people.

"When you move to films and then make a comeback on TV, there are always a lot of questions, like why is he back to TV, maybe Bollywood did not work for him? But you have to keep all this aside and do what you really want to do.

"The show was giving me an opportunity to do all that I had never done in my life and I realised I needed some time for myself, so I took up the show," he said.

The chance worked well for the actor as he ended up on the winning side. Besides his positive attitude, Ashish also credits show's host filmmaker Rohit Shetty for helping him claim the title.

"Rohit is a big brother. He took care of all us as his family. He would instruct, guide us through the tasks. I have to thank him because he is actually the reason why I'm here. In my last to last stunt, where we had to be on a plane, I developed cold feet.

"I told Rohit, 'I would do any task where my life is in my hands but if my life is in someone else's hands I can't take risk as my family is solely dependent on me.' Then he became one of the biggest motivational factors," the actor said.

Promoted
Listen to the latest songs, only on JioSaavn.com
Ashish won the title by beating Meiyang Chang in the final stunt of the show.

When asked about the upcoming third installment of Dhamaal, which is titled Total Dhamaal, Ashish said, "I will do Total Dhamaal whenever it happens but the film will not start before Sanju (Sanjay Dutt) is with us. We are waiting for him."