"He always said that it was only about leaving a legacy. And that term 'legacy' to me and most of the world means 'success'. But now when he's gone, I get it," wrote Ashish Chowdhry 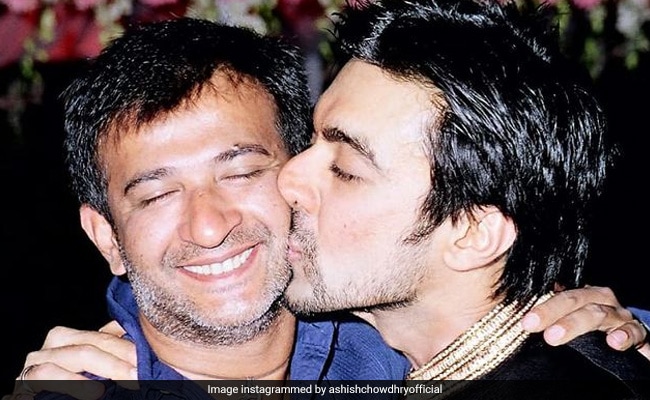 Actor Ashish Chowdhry, on Saturday, paid an emotional tribute to his late friend and filmmaker Raj Kaushal after attending his prayer meet. Raj Kaushal, Mandira Bedi's husband, died due to cardiac arrest at the age of 49 on Wednesday morning in Mumbai. His prayer meet was held at his residence on Saturday. Sharing a photo from the prayer meet, Ashish Chowdhry wrote a lengthy note about Raj Kaushal's "unmatched legacy of love." His note read: "He always said that it was only about leaving a legacy. And that term 'legacy' to me and most of the world means 'success'. But now when he's gone, I get it. The only legacy is LOVE. Love for and from not only friends and family, but from every person who we meet and interact with even once or twice in our lives. Be it anyone. Big or small. Poor or rich. The things those people say and feel about us even after we're long gone. And how much they remember or miss us after our lives have ended."

"We can't take money and property with us when we're gone. We can only take the wishes of people who only wish that the person who they feel so much hollowness without, hadn't gone. And that's what my brother has abundantly left behind. A legacy of so much love that he spread from inside of that insanely big and soft heart of his. The heart that was bearing, supporting and fulfilling so many other hearts that unknowingly were so dependent on him. It was all that non-stop, overtime work that his beautiful heart did, that made it stop - maybe. But it stopped only after leaving a massively unmatched legacy of love behind," added Ashish Chowdhry.

In his post, the actor also wrote that Raj Kaushal was "not only the nicest human being he knew but was also the most informative, intelligent and talented guy." Ashish added: "He had in-depth knowledge of everything, from mythology to world politics, geography or humanity. And what topped it all, is that his knowledge excelled in knowing right from wrong. And that's why he was the best guide, the best conversationalist, the best writer and storyteller...His positive energy was infectious. So was that crazy sweet smile of his." Ashish wrote that Raj did "everything with a passion that didn't include profit making or self pride. It just had a passion to make his loved ones proud. To make his lil' Vir and Tara (Raj and Mandira's kids) proud."

Ashish Chowdhry signed off his note with these words: "I wanna share his message with the world. What he always said - 'Life is short meri jaan. Make it matter. Khush reh aur woh khushi paagalon ki tarah phela da. Kuch logon ko maaf kar de or kuch se maafi maang le. There's no time for negativity bhai. And no time to waste....' There was so much to learn from him. But I will stop here. I think I have said enough. RIP meri jaan Raiiee. I miss you."

A day after Raj Kaushal's death, Ashish Chowdhry remembered his friend with this heartbreaking post.