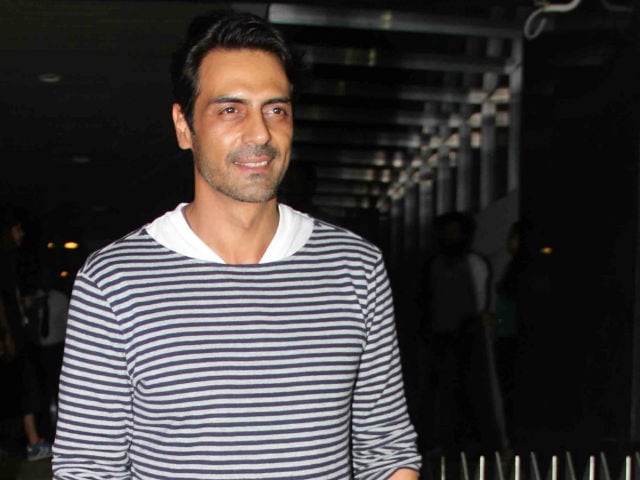 New Delhi: Actor Arjun Rampal heard about reports of his alleged brawl at a pub in New Delhi over the weekend, and the Rock On!! actor said it's 'bizarre' as he doesn't remember any such thing happening at the event. "This was bizarre. Because I didn't recall any such incident. I started getting a barrage of calls and messages from friends asking what had happened. The answer is...nothing! Nothing happened," Arjun Rampal, 44, told DNA. Mr Rampal, who is also a popular DJ, was playing at a high-end pub in the Capital on Saturday when the incident allegedly took place, reported news agency PTI. A senior police officer told PTI that Arjun Rampal snatched a camera from a photographer and threw it at the crowd, "hoping that someone will catch it. But it hit a man."

On his part, Mr Rampal denied the reports and told DNA: "I am not prone to violence. I've never raised my hand on anyone in real life. Even in my movies, I avoid overdoing the violence. To raise my voice is an effort, to raise my hand is an ordeal."

"It was a fun gig. We were all having a great time. I don't know where the violence came in," Arjun Rampal added.

The officer also told PTI that the man who was hit by the camera filed a complaint against Mr Rampal but, "We are legally examining it. As of now, no FIR has been registered against the actor."

Promoted
Listen to the latest songs, only on JioSaavn.com
Last year, Arjun Rampal was seen in Rock On 2 along with Farhan Akhtar and Shraddha Kapoor and Sujoy Ghosh's Kahaani 2: Durga Rani Singh co-starring Vidya Balan. His upcoming film is Daddy, based on the life of gangster-turned-politician Arun Gawli.