Arjun Kapoor's Mood For The Weekend Is... 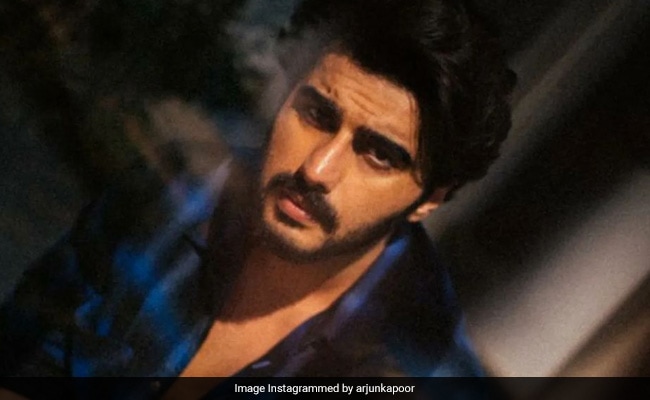 We all have known Monday blues. But what about Friday blues? Or rather, a "bluemy mood" before diving into the weekend? If you are wondering what we are talking about, we suggest you must take a look at Arjun Kapoor's latest Instagram post. Yes, he is back with a bang on social media. We couldn't have asked for more. The actor added sparks to our screens as he posted several photos today. Arjun Kapoor's good looks are one of the reasons that we are gushing about him. This time, he is wearing a blue shirt. A touch of that colour is seen in his caption too. He wrote, "Getting into a bluemy mood."

Arjun Kapoor can leave us speechless with his play of words. The actor knows how to nail the caption game. When flattering himself in a green pullover, Arjun Kapoor wrote in a cheeky way, "Don't really worry about my scene, because my vibe is Ever-Green."

When posing in a beige shirt against a chocolate background, no one could stop Arjun from adding a "chocolaty" caption to his post. He reminded us of a popular chocolate candy ad and wrote, "Melody hai chocolatey (If you know you know)."

Arjun Kapoor's caption game never goes slack. And, he managed to catch the attention of Bollywood celebrities and fans when he posted his photo with the majestic Taj Mahal in the background. What's the catch? He mentioned Ranbir Kapoor in the caption. Arjun Kapoor wrote, "When Ranbir Kapoor the artist emerged inspired by the Taj [Mahal] + Me..." When actress Rakul Preet Singh wrote, "Haha finally you both saw the Taj  [Mahal]", Arjun Kapoor replied, "Yea he saw it with me first instead of going with Alia [Bhatt]." In fact, the post did not miss to grab the attention of Ranbir Kapoor's girlfriend Alia Bhatt.

Arjun Kapoor will be next seen in Ek Villain Returns and Kuttey.