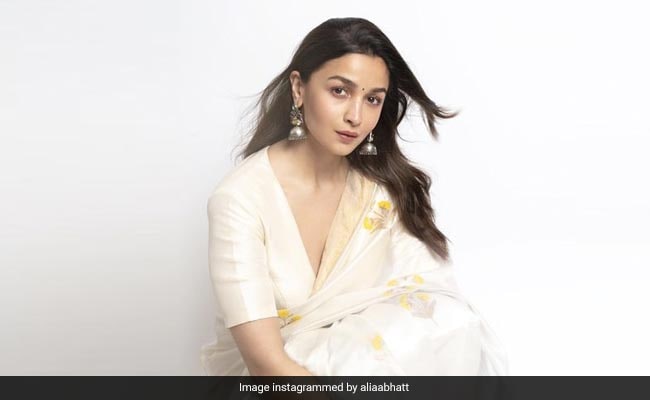 In an interview, Alia Bhatt who is currently dating actor Ranbir Kapoor was asked about Ranbir's Taj Mahal picture which Arjun Kapoor had recently shared to tease her. The actress was also asked if they were planning to visit the Taj Mahal soon. Replying to the question, Alia couldn't contain her excitement and said: "Hahhaha... Arjun is a cartoon. Ranbir is back now...Currently, there are no plans of visiting the Taj Mahal...but ya I really like that picture. It's a sweet one," reported ANI. Last week, Arjun Kapoor and Ranbir Kapoor, who were in Agra for filmmaker Luv Ranjan's wedding had seen the Taj Mahal together.

Sharing the post, Arjun wrote: "When Ranbir Kapoor the artist emerged inspired by the Taj + Me..." In the comments section, Rakul Preet Singh wrote: "Haha finally you both saw the Taj." Replying to which, Arjun Kapoor wrote: "Yea he saw it with me first instead of going with Alia." Arjun also tagged Ranbir Kapoor's girlfriend Alia Bhatt.

Rakul Preet Singh, who was also present at filmmaker Luv Ranjan's wedding, shared stunning pictures from her trip to Agra. Rakul Preet looked beautiful in a yellow outfit as she posed for the camera. Sharing the post, Rakul wrote: "Not a piece of architecture but the passion of emperors love wrought in living stone!! PS: Taj Mahal in the backdrop," along with heart emojis.

On Wednesday, Rakul Preet shared another post, where she looked gorgeous in a white outfit. Sharing the post, Rakul Preet wrote: "For the love of white," along with a white heart emoji.

In 2018, Alia Bhatt and Ranbir Kapoor appeared together for the first time at Sonam Kapoor's wedding reception. Since then, the two actors have been spotted together on multiple occasions, are also seen spending time with each other's families. In an interview held in 2020, Ranbir Kapoor had confirmed his relationship with Alia Bhatt and referred to her as his "girlfriend."