Arjun Kapoor: Not Easy To Give Priority To Work And Be In A Steady Relationship

"In my life I have given more time for making my work base stronger and hence could not give time to relationships," said Arjun Kapoor 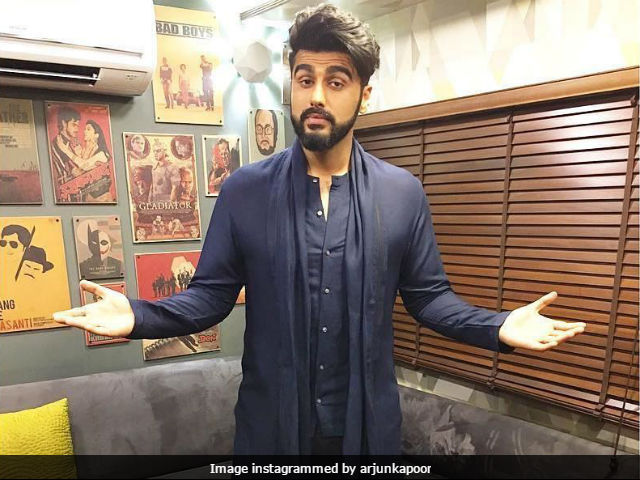 New Delhi: Actor Arjun Kapoor is gearing up for the release of his film Half Girlfriend, co-starring Shraddha Kapoor. In an interview to news agency PTI, the 31-year-old actor said that it is difficult for him maintain balance between his personal and professional life. "I have always prioritised my work. It is not easy to give priority to work and be in a steady relationship. In my life I have given more time for making my work base stronger and hence could not give time to relationships. But at a right time, someone will come," PTI quoted Arjun Kapoor as saying.

"One part of my life belongs to audience and another to my work. My life is divided. Also, after being in a relationship with me, that girl also has to face the limelight -- whether she likes it or not. She should appreciate my profession and understand that this is something which she can't get away from or I can't go away from," Arjun Kapoor told PTI.

Arjun Kapoor, who made his Bollywood debut in 2012 with Habib Faisal's Ishaqzaade, recently completed five years in the industry. Speaking about his journey, Arjun Kapoor told PTI that he 'doesn't know anything apart from acting.'

"The love and support I have received in past years is something I never anticipated. Be it from media or the audience -- everyone has accepted me whole-heartedly and loved my work in films, television and stage shows," PTI quoted Arjun Kapoor as saying.

"I only wish that my journey continues because I love being an actor and I love what I do and I don't know anything apart from acting. So, if I don't do acting, I will be stuck," he added.

Half Girlfriend, directed by Mohit Suri, is scheduled to release in theatres on May 19. The film is based on Chetan Bhagat's novel of the same name.

Promoted
Listen to the latest songs, only on JioSaavn.com
After Half Girlfriend, Arjun Kapoor will feature in Anees Bazmee's Mubarakan along with Anil Kapoor, Ileana D'Cruz and Athiya Shetty.