"I keep posting photos and he keeps looking the same," said Arjun Kapoor 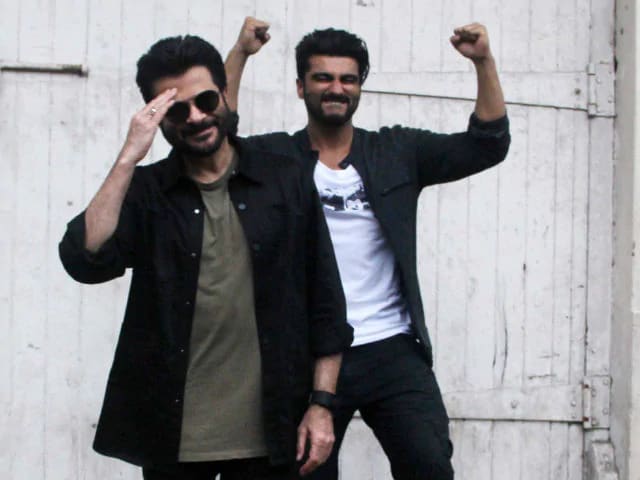 Anil Kapoor and Arjun Kapoor photographed at an event in Mumbai.

Arjun Kapoor might have been two days late in wishing his uncle, or "chahchu" Anil Kapoor (as he lovingly calls him) but we can't overlook the fact that his birthday wish was absolutely adorable. The 2 States actor shared a special video on his Instagram profile, and he began the video by saying, "The curious case of Anil Kapoor. Well its 26th today and his birthday was two days back. But for someone who is aging backwards, I don't think he has birthdays and even if he does, he celebrates it only to make us mere mortals feel happy." In his birthday wish, Arjun addressed Anil Kapoor as his "best fellow actor" and added, "To arguably my best fellow actor. To somebody, who I can call a friend above Chachu because he calls me that. I have aged gracefully in this lifetime and turned into an actor for the last eight years but he just looks like he is starting out. I keep posting photos and he keeps looking the same."

Arjun signed off the video by saying, "It's taken me a while to think about what to post, what to say. Thank you for being Anil Kapoor, for entertaining us and for being an inspiration to me and many other actors." Arjun captioned the video: "What a playa, what a guy, what a legend, what a birthday, what a wish. What a delay, what a... You get the drift."

What a playa what a guy what a legend what a birthday what a wish what a delay what a... u get the drift !!! @anilskapoor

On the work front, Arjun Kapoor was last seen in Panipat along with Kriti Sanon and Sanjay Dutt. He will next be seen in Sandeep Aur Pinky Faraar in which he will share screen space with Parineeti Chopra.

Anil Kapoor had a busy year with films like Ek Ladki Ko Dekha Toh Aisa Laga, Total Dhamaal and Pagalpanti hitting the screens. The actor will next be seen in Malang and Karan Johar's period drama Takht.