'Are They Thinking I'm A Jerk?': Thoughts Dulquer Salmaan Has During Intimate Scenes

"I'm always thinking, 'Are they thinking that I'm a jerk to be getting a kick out of this?'" said Dulquer Salmaan 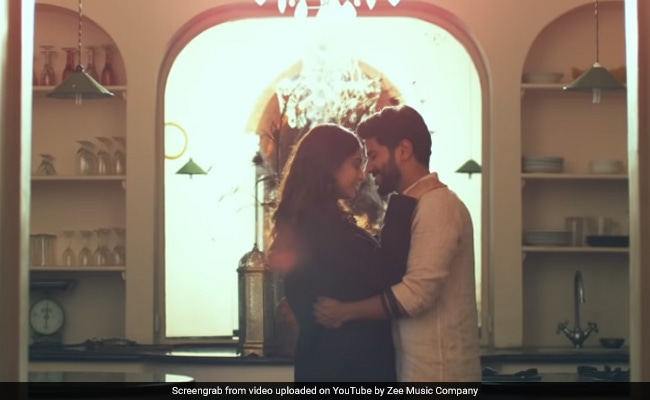 Dulquer Salmaan, Sonam Kapoor in a still from The Zoya Factor (courtesy YouTube)

Dulquer Salmaan, who recently joined Neha Dhupia for an episode of her talk show No Filter Neha, confessed shooting intimate scenes in movies makes him rather uncomfortable, reported news agency IANS. However, the 33-year-old actor revealed he has adapted a "trick" to handle such situations better: "My hands shake (while doing intimate scenes). One of my tricks when I do intimate scenes is I always tuck the hair behind their ear. I find it very endearing in real life also. But in real life, it's easier because the person is familiar. I share a familiarity with my wife, even with my sister or mother. When I do share physical contact or affection with them, it's easy for me (in real life)," IANS quoted him as saying on the Neha Dhupia's show.

Dulquer Salman, who was paired opposite Sonam Kapoor in this year's sports drama The Zoya Factor, also shared the one thought he "always" has while filming intimate scenes. "Every time I'm with a co-star (I mean, I have got a lot better now), I'm always thinking, 'Are they thinking that I'm a jerk to be getting a kick out of this?' Women are quick to find out. They are very sharp at seeing this and are almost always amused by this. And then I feel like I'm naked, that they can see right through me... see what I'm going through," said Dulquer.

Talking about his experience of filming intimate scenes with Sonam, Dulquer said: "Someone like Sonam (Kapoor) is very sweet about it but those (intimate scenes) are still it is not my favourite things to shoot." Favourite or not, Dulquer Salmaan and Sonam Kapoor's on-screen chemistry in The Zoya Factor turned out to be a huge with movie-buffs. Here's just a glimpse.

Dulquer Salmaan made his Bollywood debut only last year with Karwaan, in which he co-starred with Irrfan Khan and Mithila Palkar. The Zoya Factor marked his second Bollywood project. The south star in best known for his roles in films such as Ok Kanmani, Mahanati, Charlie, Bangalore Days and Solo.